Back at a time when light gun games were finding definition in arcades, along came a little favorite called The House of the Dead from Sega. It’s simple enough in concept, with two agents infiltrating a madman’s lair as he’s found a way to reanimated the undead into doing his favor. But the legacy has lasted for decades, with sequels and spin-offs (The House of the Dead Overkill among the best) coming from it.
Now the original lurches back to life with The House of the Dead Remake from Forever Entertainment, the team that did such a great job with Panzer Dragoon Remake beforehand. Does it go two-for-two with conversions? Overall, yes, though this shooter does show a little bit of age. No matter. If it’s zombie blasting you want, you’ll get your fill here. 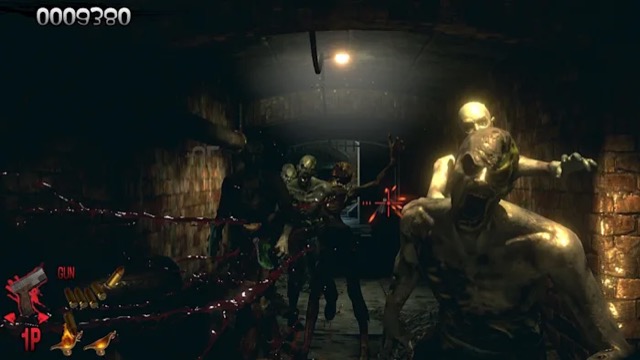 Shoot Em Up Goodness
The good news with House of the Dead Remake is that it retains almost every bit of its bloody zombie-blasting gooi-ness. (Is that a word?) It’s fun blasting the heads off the undead and saving some “close call” situations where a scientist’s life is at stake. (Then they go and wander into the gunfire like idiots, and you somehow still get a score from it. Weird.)
Gameplay works just fine with typical controller aiming, but you can also use gyro sensors on either the JoyCons or the Switch Pro Controller if you want that old arcade feeling. It’s not perfect, as there’s a need to reset back to a main point at some of the worst times. However, they’re responsive, and fans will enjoy how well they work for the most part. (I just hope to give that two-gun Cowboy mode a try sooner rather than later – it’ll be added in an update.)
As for the presentation, it’s nicely done. The game retains a rather fast speed with its polished visuals, and the zombies explode into bloody puddles pretty nicely. It’s also fun to see how well the environments pan out, even if it means an occasional drop in frame rate. No matter – it looks good for a remake, and after a few updates, it should look even better.
The sound is nice, too. Along with some great re-recorded dialogue – which is just as cheesy as ever – House of the Dead Remake also wins with its remixed music and sound effects. It’s just nicely done all around. 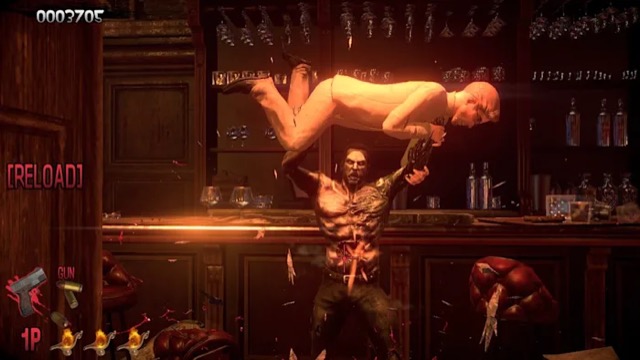 Over Too Soon
The big problem with House of the Dead Remake is, well, it’s House of the Dead. It’s not a collection like the Wii got with parts two and three years ago, it’s just the one game.
Forever did attempt to add some content to it, including a challenging new Horde mode where even more zombies are included in the fray. There’s also cool historical stuff with the Gallery mode; and Photo Mode is a curious little thing in case you ever wanted to post exploded zombies to your Facebook page. (People might wonder what’s wrong with you, but whatever.)
Other than that, it’s pretty much the game and just the game. No extra unlockables, no hidden original game (that we’ve found yet, anyway), nothing like that. It’s not bad for a conversion at all, but it would’ve been nice to see House of the Dead II or even House of the Dead III as unlockables somewhere.
As it stands, it’s good for quick light-gun fun, and that’s probably what Forever Entertainment had in mind when it made the game. So there you go. 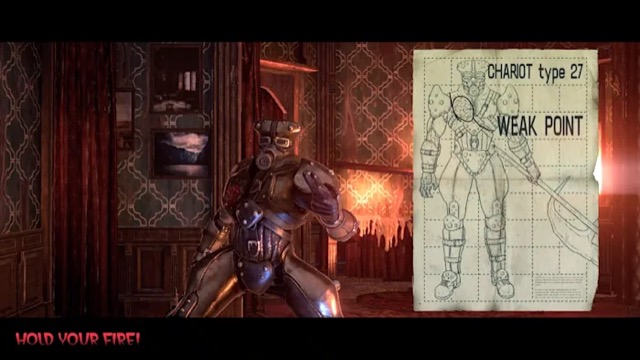 You Won’t Suffer Like G Did With This Remake
Even with its short length and slightly iffy gyro controls, The House of the Dead Remake is still mostly a winner. The redone presentation is nice for the most part; the shooting action is hella fun; and some of the extras are really noteworthy. I would’ve liked this to go the extra mile with some sort of extra unlockables, but as it stands, it’s definitely back from a dormant state. More please.

The Bottom Line: Hardly a perfect remake, but The House of the Dead Remake sparks up enough rejuvenation to make its resurrection a worthwhile one. 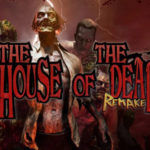