Aloy returns with a vengeance.

The original Horizon: Zero Dawn was really something, a fun third-person adventure that proved that Guerrilla Games could go outside the Killzone box if someone just asked. Now, while we wait to see what happens to that franchise, we have Aloy’s return with Horizon Forbidden West.
Once again, you’re thrust into a beautiful world, somewhat ravaged by events from the past and forcing you to deal with all sorts of mechanical terrors, using weapons of the past with a tinge of technology. But this game feels a bit evolved, thanks to a more involving world, a grander storyline, and visuals that truly take advantage of the PS5 hardware. The end result is a game that will jar you in all the right ways – and leave you hungry for more. 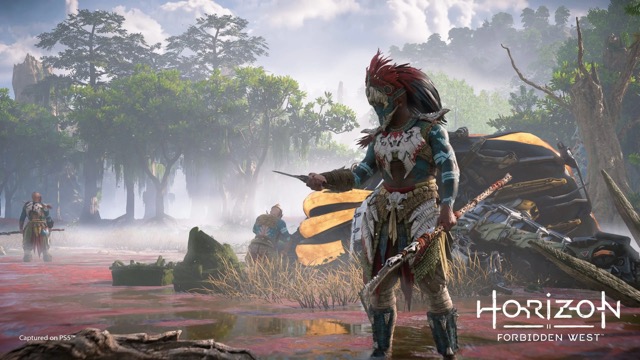 Different Directions To Go
While Horizon Forbidden West does have a general storyline, in which a whopper of a tale is told, it’s all about what you can get done in the world – and who you can get to help you. Sometimes, you’ll have to deal with unlikely tribe members that don’t always see things in the same puritan light as you. That means having to interact with them in all the right (and wrong) ways to open up new quests over the course of the game, while also dealing with mechanical beasts that want nothing more than to have you for lunch.
There are more than 40 different types you’ll have to deal with, including larger tyrannical style beasts, such as a devastating cobra that spits acid and a not-so-woolly mammoth trying to squash you flat. How you deal with the situations really open up the combat style, which is as exquisite as always. You could strike from a distance, but the game also opens up some excellent striking abilities, which are quite useful when it comes to working with others to bring down these behemoths – or even doing it all your own. Some of these monsters can even be turned in your favor, helping you take down others (while they’re programmed to do so).
The Arenas are great too, allowing you to both improve your skills or take on tougher challenges in order to unlock some cool rewards. There’s also an interesting board game, Strike, that you can enjoy while you’re on your journey to save the world. Gwent it ain’t, but it’s not bad to pass the time with.
All of this works with a wonderful control scheme that takes advantage of the DualSense controller. Motions, movement and weapon attacks are handled almost flawlessly; and the adjustable difficulty makes this a real feast or snack for anyone that wants to take on the game. Throw in tons of accessibility options, as well as hours of gameplay across both the main and side quests, and you have a wild, wild West that’ll keep you busy for some time. 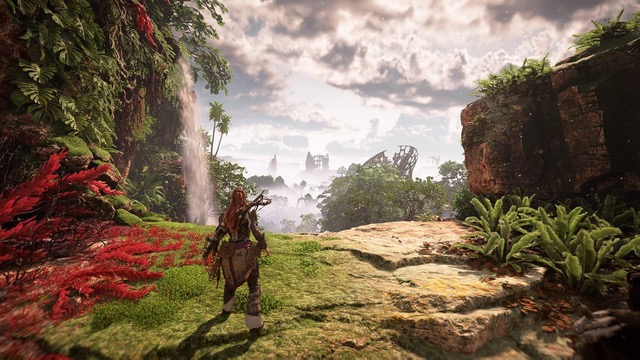 A Terrific, If Slightly Flawed, Presentation
Guerrilla Games seems to know what makes a world like Horizon’s tick, and the second one opens up beautifully this time around. Part of it ties in with exploring new areas you couldn’t before, like taking a swim underwater to see what treasure – or terrors – await in the darkness. There’s also neat weather effects to take in, as well as wonderfully animated creatures and
somewhat good looking humans. I say “somewhat” because sometimes their reactions can be off, one of the game’s very few bugs. Hopefully, we’ll see a fix to that soon.
Across all its modes, Forbidden West has a lot to offer visually. Its standard visual mode is stunning, running at a nice clip and featuring all sorts of detail that really makes the PS5 shine.
If you prefer it, you can play in a speedier, less detailed Performance mode, bumping everything up to 60 FPS and letting it breeze easily. Whatever option you choose, the game is a real looker, thanks to its stunning world and sharp animations. Bugs be damned, as they’re likely to be squashed with the next update anyway.
Joining this is a solid audio presentation. The voice acting is superb as always, with Ashly Burch hitting a grand slam out of the park as Aloy, as usual. Lance Reddick also puts on a show as Sylens, while Angela Bassett does a great job with Regalla. There’s also Carrie Anne-Moss, fresh from The Matrix Resurrections, doing her fun little bit as Tilda van der Meer. It’s all good, with nary a dull voice in the bunch.
On top of that, the sound effects are exquisite and involving, and really tie in with the DualSense to make Forbidden West feel more complete. I like the music bits too, even if the soundtrack isn’t quite as involving as, say, God of War. But what’s here still fits the status quo, and to a tee, no less.

Head West, Gamers
Even with its slight bugs and some tough decision making ahead, Horizon Forbidden West is everything you’d want a sequel to be. It’s bigger, badder, a hell of a lot of fun to play, packed with great presentation, and loaded with quests. There’s no shortage of stuff to do, and you can even just roam around and sneakily take down robo-predators if that’s your thing. Kudos once more to Guerrilla Games for giving us a sequel to be proud of, and setting the pace for a killer season of PlayStation games from Sony. Now, then, about bringing down that mammoth…

Final verdict: Even with its slight flaws, Horizon Forbidden West holds a sense of wonderment over the player, and putting it down will be quite difficult until you’ve seen it all. 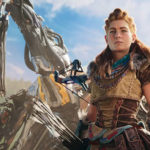