There’s more where that came from.

One of the last generation’s most fascinating games, Dying Light ran with its concept a lot further than I ever expected. Like, literally. What started off as a first-person action game that had some traits in common with Dead Island quickly became its own beast; and the team at Techland built around its world with meaningful expansions, creating an experience that became something else.
Then it began work on the sequel, which was actually announced years ago and promised to be even more ambitious. But then the idea that it was too ambitious set in, as the game ran into a series of delays, mostly related to what COVID-19 was doing to the game community. Still, Treyarch persevered, promising to release a game that wasn’t just up to the standard of the original, but a bit beyond it, even taking advantage of next-gen hardware (PS5 and Xbox Series S/X).
Now the game has finally arrived, with the developer promising five years’ worth of DLC for it (similar to what it did with the original) and a much more expansive world. The question is…did it deliver? Surprisingly, yes, provided you can get over a few hitches along your parkour-filled, zombie-smashing run. 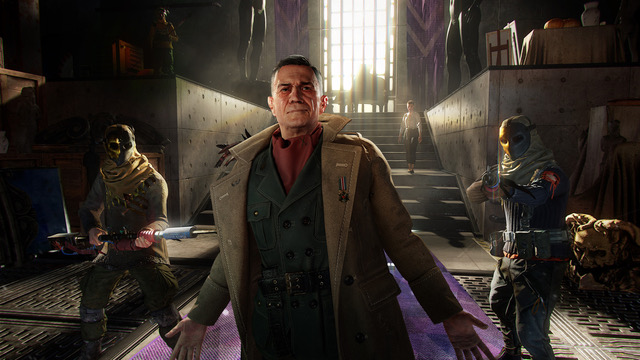 Never Mind Story, Just Jump Into the Action
I will give Treyarch kudos for trying to do something fresh with the story, introducing an antagonist that tries to set out on his own pace, working with whoever he chooses and eventually choosing his own destiny. But Dying Light 2 is really at its best when you just keep moving. That’s kind of the point, really.
The game provides a terrific open-world to explore, jam-packed with playtime (we’re talking a huge amount of content, not bad given the structure), with a strong main storyline filled with challenges and heads to bash in, along with plenty of side quests if you’re feeling like taking them on.
Like the original game, Aiden finds more challenges at night. That’s not to say there isn’t fun stuff to do during the day. In fact, Dying Light 2’s combat is better honed during the day, when you learn some great moves as well as the power of (temporary) weaponry that can help bring them down to size. It’ll get you prepared for the stuff that happens at night, when zombies come out in bigger numbers, and with tougher ranks. The combat is incredibly smooth, as you learn to strike with melee in the best way possible.
Weapons are nice too, but your reliance will have to come from your own strength, as they can break apart easily. The more you can pick up, the better. It’s pretty cool how it feels on the DualSense controller too, really taking advantage of the Haptic feedback. (We’re sure it feels great on the Xbox Series controllers as well.)
There’s also a good deal of getting around the city. It isn’t heavily based around the world of parkour, but there are some nice moves to pull off. And there’s a lot to explore, both on the ground and in the higher-up floors, with a great deal of looting to do and the occasional pursuit of a bothersome thief. It’s all really cool, and the more you play, the better you become at the whole thing. Glitches can occasionally get in the way – we’ll get to that – but Techland seems to have learned quite a bit from their development time in not only the first Dying Light, but also Dead Island. This game’s combat feels a bit more natural, and just as exciting. The story framed around it may not be the most compelling, but it does set the stage for some kick-ass action. 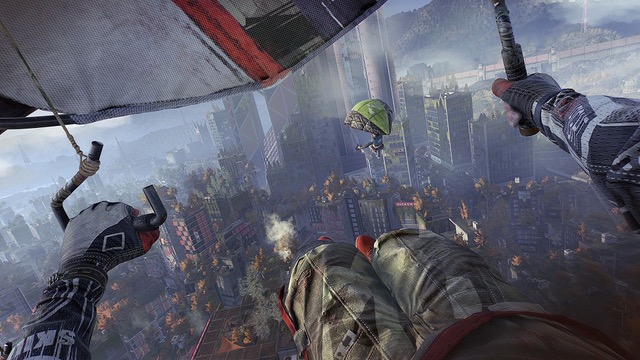 So How’s It Look?
The big concern, for many, is how Dying Light 2 performs. The original game didn’t look too shabby at all, but the developers promised a quantum leap in design with the sequel. For the most part, they stuck the landing.
There are some glitches that you’ll need to look past (some can’t, as we’ve been able to see on social media), and the loading times can take quite a bit, even with a zippy SSD. However, the world itself is highly impressive, with beautiful details throughout and some vividly designed characters and enemies. Not to mention the whole thing looks great running at a fluid 60 frames per second.
There’s also an option to go into performance mode with ray tracing at a slightly lesser speed.
That’s not bad either, as you can see some of the nice 4K resolution come into play here. It’s up to you which way you want to play it, but no matter which direction you go, Treyarch has piled on the details here. Again, not perfect, but the team’s already hard at work on squashing the bugs, so it’ll just get better from here.
As for audio, the music cues are just right here and there, but it’s the sound effects that steal the show. The zombies here sound authentic and ready to rip right through your soul, and the sweet, sweet sound of a weapon slicing them to pieces is just as sweet as it’s ever been. As for the voice acting, it’s kind of a mixed bag, but some characters are truly awesome, particularly Rosario Dawson as Lawan. Honestly, she can do no wrong.

This Series Is Anything But Dying
Despite some graphical hiccups and the occasional lull with the story that gets sandwiched between the action, Dying Light 2 is a more than satisfactory sequel. The combat is nicely evolved over the original game, really making you work and putting weapons to excellent use – as long as they last, anyway. The exploration factor is really awesome, and makes you think of a good “getting from point A to point B” plan sometimes.
The visuals look great, no matter which option you prefer, though Techland still needs to iron out some of the glitches. And the audio’s not bad, with some voice acting being better than others, but the sound effects and music coming through right where they need to.
If you weren’t compelled by the first game…well, what’s wrong with you, because it was great.
But if you were and need to see just how far Techland has come with this series, this is a must- own. It’ll be interesting to see where it goes from here – and if the road could possibly be paved for a truly evolved third chapter. (Don’t forget to bring Rosario back, though. We need her.)

The verdict: Despite some visual problems and the story not being the greatest, Dying Light 2 sets the proper framework for a sequel done right. A little more work and we could have another Techland gem for the ages. 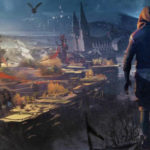