At this point in time, there haven’t been too many fighting games released that truly take advantage of the PlayStation 5. Guilty Gear: Strive is probably the closest example, and it’s simply fantastic, a wonderful new entry on the series. But, later this month, SNK will bring one of its staple franchises to the platform for the first time, more beautiful and jam-packed with fighting goodness than ever before.
King of Fighters XV follows the previous entry, which came out all the way back in 2016. That’s given SNK some time to focus and really give the next chapter just the shine it needs to succeed. And though we’ll have to wait a couple of weeks to see how it truly turns out, our time with the beta gave us an idea of just what we can expect. 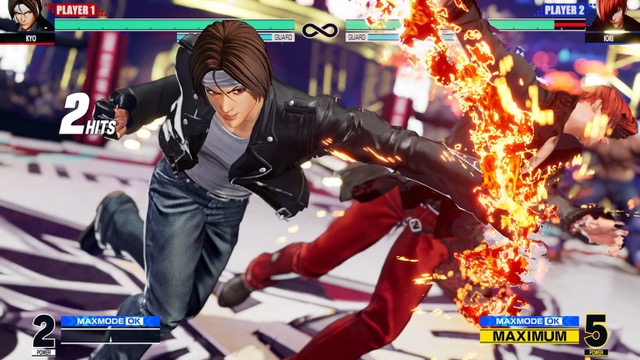 A Jam Packed Roster
Though the beta only gave us access to a handful of fighters (Isla, Antonov, Blue Mary and several others), they provide a quick taste of the kind of diversity we can expect from the final group. And even then, it won’t be truly final, as several others will join via downloadable content, with possible more groups to come. (Kind of like what Samurai Shodown did when it came out a while back.)
That said, they tie in with a display that seems to be much brighter and more smoothly animated than XIV, showing vast signs of improvement. Of course, that could be the PlayStation 5 hardware talking (the game’s coming to PS4 and other platforms as well), but it just looks sensational. It’s got a cartoony appearance that isn’t entirely too serious, but also plays out about on the same level as Dead or Alive 6 as far as animations and style goes. It’s actually a level above that, thanks to its much more mixed cast of fighters.
The backgrounds look great as well; and the soundtrack thus far is filled with some familiar and awesome tunes. You can also play around with the game’s DJ Mode and mix your own if you prefer, since some players prefer to create their own style of soundtrack. Hey, have at it! 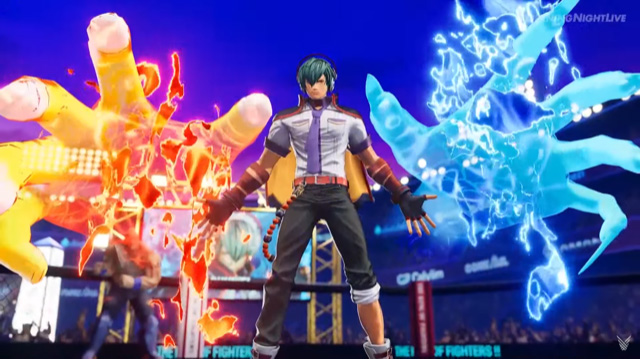 Let’s Brawl!
While King of Fighters XIV had its moments, it was also loaded with a bit of a learning curve, making it somewhat inaccessible to inexperienced players at times. That’s not to say it wasn’t fun, but it catered more to a fanbase, really.
With KOF XV, however, SNK is starting to open up. There’s a cool new parry system in place that makes fights far more interesting, along with great auto combos, a wonderful dialing system that really lets you land your hits successfully, and a smooth system that doesn’t take long to adapt to this time around.
Not only that, but the super moves come off with relative ease; and the ability to charge it up in MaxMode is sensational, if only because you can truly finish off an opponent in style. If you’re patient enough, of course.
We still have to try out a few more fighters to see what the final verdict holds, so we’ll wait a bit to see how the game fares in a couple of weeks. Still, thus far, it’s very good news for the sequel that lies ahead.

Okay!
Even though Guilty Gear: Strive put on a hell of an act on the PlayStation 5, King of Fighters XV should provide some still competition when it arrives later this month. With the right tone in visuals, a great cast of brawlers, some fun music options and fighting improvements galore, there’s no reason why this king can’t take back its throne.