Dawn of the Monsters PlayStation 5 Preview

When the creators of Shantae get in a Godzilla sort of mood.

WayForward has been keeping busy as far as the PlayStation 5 is concerned. It’s been re-releasing various games in its catalog for the platform, souped up to take advantage of its processing power. Shantae: Half Genie Hero Ultimate Edition and River City Girls recently saw some impressive re-releases; and 2022 will also bring River City Girls 2, River City Girls Zero and other endeavors.
But when it comes to beat-em-up action, a lot of people want kaiju. Or rather, large, rubbery monsters that will stop at nothing to tear things apart. Well, good news, WayForward is going to give you that next month with the enticing Dawn of the Monsters. The developers at 13AM Games are working very closely with the publisher to make this jam-packed adventure worth playing, even if you don’t know a thing about Godzilla. (This isn’t a licensed game, but you can definitely see it’s been inspired by the “big guy.”)
So what can fans expect from this destructive little venture when it arrives next month? Plenty. 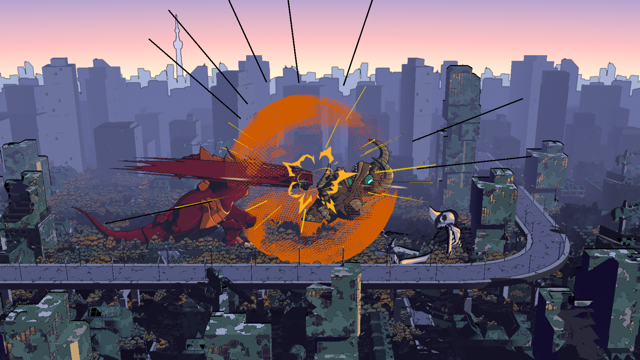 Time To Save the World – Maybe
The year is 2036, and this large race of creatures known as the Nephilim are invading the Earth. They want to take over, period, and, well, we have a big problem with that. It’s here that D.A.W.N. – Defense Alliance Worldwide Network – enters the fray, creating four mighty creatures to fight back on their order. These include a “living volcano” named Megadon; a colossal “crustacean” named Ganira; a superhuman (and supersized) human named Aegis Prime; and a gigantic Pacific Rim-ish robot named Tempest Galahad. With your help, they could stand a chance at winning back the Earth. But, again, it all depends on your fighting skills.
The story trailer included below paints a clearer picture of what to expect, but it’s all about the fight here. And boy, is Dawn ready to bring it.

Destruction, Terror and Mayhem
Unlike past brawlers like Sony’s War of the Monster and the countless Godzilla games that have come out, Dawn of the Monsters takes place in a 3D environment, but with the character moving in a 2D-style plan akin to Streets of Rage 4 and Final Fight. While some of you may be bummed by this particular limitation, don’t be – there’s wanton destruction to unleash here, as you can see in the gameplay below.

The game features some beautiful visuals to go along with its chaotic beat-em-up action, with monsters that are nicely animated, as well as cities that come apart as you wreck enemies into them. Because that’s how it works with a monster game like this, riiiiight? On top of that, there’s also brutal finishers, to let those pesky aliens know that you mean serious business.
What’s more, a friend can join you in the fight. The game features two player co-op, so you can actually team up together to bust a few heads. There’s no word on a versus mode or anything, but hope springs eternal that we get one, so we can destroy everything King of the Monsters style.
The game features a who’s who of developers at 13AM that know their stuff about monsters, including famed Godzilla kaiju designer Shinji Nishikawa and IDW’s Godzilla comic book artist Matt Frank, amongst countless others. Their work is definitely showing here, even with the small bits and pieces we’ve seen from the game. 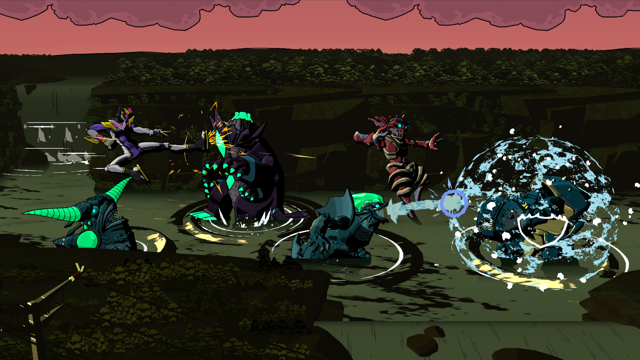 King Kong Ain’t Got **** On This
With lots of great options for each monster, a stylish presentation, lots of grunts and wails and, of course, gameplay to make trashing enemies in cityscapes worthwhile fun, Dawn of the Monsters looks like a clear winner thus far. And we won’t have to wait too long to settle the score, as the game will see a digital release next month for PlayStation 5, as well as PlayStation 4, Xbox One, Xbox Series S/X, PC and Nintendo Switch. No matter what your platform, expect a hell of a time with these beasts.
We’ll cover this game for review at a later time, so be sure to check back for the verdict!