Can it really hit different this time?

It’s not a surprise when we say that the WWE 2K brand has a lot to come back from. Over two years ago, the company released WWE 2K20, a game that came out in the midst of development transition over to Visual Concepts – and it showed. Everything that could go wrong with the game did, from horrible glitches to gameplay that failed to give the player complete control to lackluster downloadable content. As a result, 2K found itself backed into a corner, wondering what to do to make up for the mistake.
The answer? Delays. While the company did deliver the enjoyable arcade-style WWE 2K Battlegrounds to fill the void, it knows that it had a lot of work to do to bring the 2K brand in general back to respectable ground. This March, we’ll find out if they can accomplish the job with WWE 2K22, making its next-gen debut alongside current platforms (except for the Switch).

The Missing Pieces
You can tell, this time around, that 2K is absolutely wanting to bring the fans back into the fold. Along with revamped gameplay built from the ground up with that avid fanbase in mind, it’s also bringing back some features that are sure to entertain die-hard fans of the company’s history.
For instance, the big one here is GM Mode. A feature that’s been missing well since the days of WWE Smackdown vs. Raw (remember those?), the game will put the player in a role of a general manager, taking care of everything from contracts to drafting to taking care of revenue on a nightly basis. There’s also a Social Media feed to keep track of drama to pack away (or trade away, if ego gets in the way – looking at you, Charlotte Flair) and even watching matches unfold in real time. There’s also Class, Alignment, Cost, Popularity and more to balance with each superstar, in case they need a gimmick change.
But the neat thing here? The ability to play in co-op alongside a friend, to see who can overcome the biggest issues within the company. It’s a neat feature, though we have yet to see it in action. Fingers crossed it turns out okay. 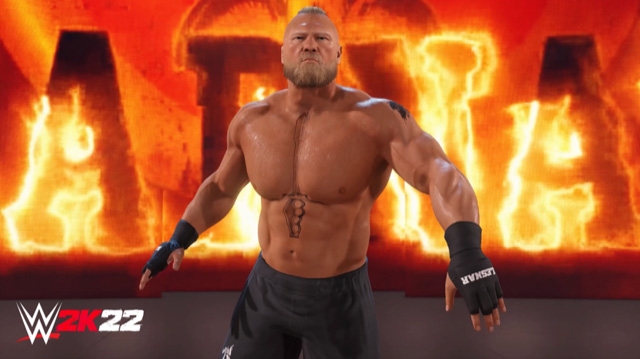 What’s Revamped With the Controls and Visuals?
WWE 2K22 wisely removes some of the limitations that frustrated players over the years when it comes to wrestling gameplay.
First off, there’s now the ability to either block or dodge incoming attacks. Before, there was only some sort of soft block to keep attacks from hitting – and even that wasn’t guaranteed.
Here, however, you can roll out of harm’s way and figure out a counterattack; or go with a block and try to strike quickly before they do. What’s more, you can also perform reversals with far less limitations, without any sort of slots getting in the way. This will be a big relief to some, we’re sure.
As you can see from the trailer below, WWE 2K22 has been reprogrammed from the ground up. Gone are the bothersome glitches (for now?) that got in the way of wrestling, to the point of being somewhat comical. We haven’t seen the final game, mind you; but early impressions indicate that this is a much better wrestling game than we could’ve expected. Granted, we’ll wait and see, but it sounds hopeful. Not to mention that we hope the commentary is fixed. It sounds like Michael Cole and Corey Graves could be back to speak up quite a bit, though fingers crossed we hear some Pat McAfee as well. (Hi Pat!) On top of that, the custom music features are rather cool; and there will be continuous updates in case something does go wrong. Again, there’s hesitation, but also hope. 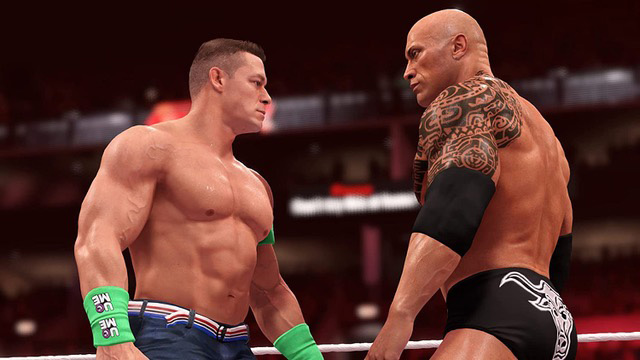 What Else Is There?
Along with the returning GM Mode, there’s also plenty to play with the 2K Showcase, including creating some of cover star Rey Mysterio’s most iconic matches. There’s a MyFaction mode, where you can create the next Degeneration X or NOW however you see fit. There’s a MyRise Career Mode, where you can go from NXT all the way to championship glory, if you’re good enough. There’s the WWE Universe mode, where you can take over brands and make the WWE experience yours all over again.
And, yes, Creation Suite is back, this time with all new body types, features and more. You can really shake things up from the ground up with this mode.
Finally, there’s a pretty loaded roster. Yeah, WWE did do a lot of layoffs recently, and those are hard to ignore. But there are still lots of hard-hitters across WWE, NXT and NXT UK, along with legends like John Cena, “Macho Man” Randy Savage and The Undertaker, who’s a pre-order bonus. Several will also be added via DLC as well, including potentially fresh faces like Austin Theory and, fingers crossed, the unstoppable Bron Breaker.

Now, Will it Be a Hit?
Again, the jury is still out. WWE 2K20 made a ton of mistakes, and there’s a lot to make up for with it. However, it looks like Visual Concepts is dedicated to bringing it back to glory; and WWE 2K22 is loaded with fan-friendly features, gameplay improvements and the kind of presentation that could even do “The Boss,” Sasha Banks, proud. We’ll have to wait a few more weeks to see how it all comes together, but fingers crossed that it’ll be back to grappling champ status. One can hope.
At least the NWO is coming back – for life.

We’re giving away a game system of your choice! Find out how you can win here.