No longer under Siege.

A few years ago, Ubisoft gave us a game called Rainbow Six Siege, which did two interesting things. It introduced a new multiplayer wrinkle in the long-running series, providing some competitive play between well-armed teams. It also shied away from usual formula in favor of something far grittier. However, it also created a divide between long-time Rainbow Six fans and rookies that couldn’t get into the game, creating a vastly negative community built upon hardcore players – and little else.
Ubisoft vowed to make things a little easier for the Rainbow Six community as a whole with its next project, Extraction, which opted to do away with realistic multiplayer in favor of battling an aerial race known as the Archaean, who vow to take over major cities any way they can see fit. With a handful of operators and their tools of the trade, it’s up to you and your squad to complete objectives and eventually wipe them off the face of the map – if you can.
So does it work? Actually, yeah. That’s not to say it’s completely faultless, as there are some things that get in the way of fully enjoying it. But when it comes to shaking off the sheer negativity of Siege, Extraction still accomplishes quite a bit. 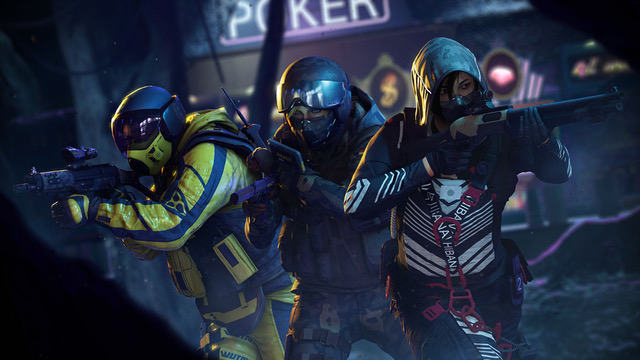 Out On a Mission
With up to a team of three, players set out across three stages, each with their own special mission types. These can vary, ranging from freeing a fellow cocooned operator (a good way to rescue back soldiers that have been captured) to hunting down particular targets to completing oddball objectives involves items scattered throughout each level.
What’s neat is how Extraction embraces the gameplay style of Siege, but kind of shakes off the “no newbies allowed” vibe. The game plays very closely to what Siege had to offer in terms of tactical gameplay, being able to break items in the environment (like walls or windows), creating new shielding against tougher enemies and, of course, finding the right tools for each
particular operator. Some special abilities are better than others – a heartbeat monitor is practically useless compared to setting up remote mines – but it’s excellent how Extraction really opens up to every type of play. The rescuing type? There’s a soldier for that. Want to kick ass and take names? Your pick is just lying in wait.
What’s more, supplies are ample throughout each mission, from health boosts to additional ammunition to refills of your special abilities. These are helpful, since enemies and challenges keep on coming with each of the objectives you come across. There could’ve been a slightly better variety, but they’ll keep you busy.
Overall, the gameplay has a lot to offer, and later objectives will definitely keep your hands full.
But we could’ve used a little more mixture in mission types. Rescue, defend, destroy – they’re all following the Rainbow Six basics. That said, it could certainly be worse and just multiplayer, which, thankfully, it is not.
Also, there are eighteen Operators available, a number of which you unlock over the course of the game. That really opens things up, such as options and style of play. You might even experiment a little bit to see what else you can discover. And the customization angle is through the roof – even more so than Siege! 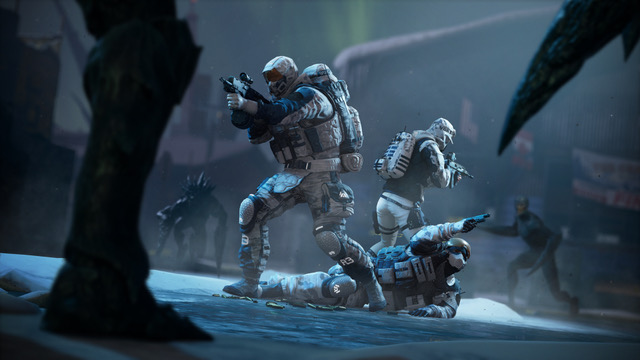 Not a Bad Looking Game
While Extraction doesn’t exactly take the Rainbow Six engine to the next level (like Assassin’s Creed games have done over the years), it doesn’t look too bad at all. Level design is very well done with interior and exterior places to do battle; the frame rate runs smoothly on both PlayStation 5 and Xbox Series X (the platforms we tested them on); the animations are pretty startling (especially enemies that come running at you); the visual effects are gorgeous (particularly some of the lighting models); and the menus are a breeze to go through. Again, it’s not “write home to” material, but it’s sufficient considering the source.
The audio is top notch too. The screeching alien effects are something else, and the music, the bits and pieces that are here anyway, fit the Rainbow Six mold. The voiceovers are good too, though they could use a slight bit of loosening up here and there. But then again, these are military operations (to a certain degree), so whatever.
Finally, the online play really suits Extraction well. Gone is the horrendous competitive nature of Siege, replaced by three player online support that really does wonders here when it comes to team building. Adjustable difficulty levels also make it much easier to find a party that’s willing to work with you. The only downside is some Research Studies that force to team your grind for a bit, which can be a bit tiresome. Maybe stick with the main missions as long as you can.

Worth Extraction Into Your Collection
I’m a bit bitter about Siege because it seemed to shut out a lot of people in favor of a more tightly knit (and equally bitter) community. But Extraction opens things up nicely for the series with alien-killing possibilities galore, as well as tons of stuff to unlock in terms of levels, weapons and Operators. It’s also fun in multiplayer and doesn’t look too shabby at all on the newer platforms. It’s hardly revolution, but it’s the next best thing – adjustment that allows more types of players to join the party. We’ll take that any day of the week and twice on Sunday.

Final Word: While Rainbow Six Extraction isn’t the greatest game in the series, it shakes the restrictions that came with Siege to create a fun alien-blasting tour-de force that’s ideal for action fans. 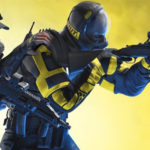