We’re not sure why Capcom blew this opportunity the way it did.

In a time when Marvel seems to be flourishing in games – between the release of Marvel’s Guardians of the Galaxy and forthcoming Insomniac projects like Spider-Man 2 and Wolverine – that doesn’t mean everything is set to succeed. Case in point, a return of a franchise a few years ago that should’ve gone wayyyyy better than it ended up going.
We’re talking about Marvel vs. Capcom. At one point, it was considered one of the best fighting franchises out there, namely due to the success of games like Marvel vs. Capcom 2: New Age of Heroes and Ultimate Marvel vs. Capcom 3.
During the PlayStation Experience event back in December 2016, Capcom made a surprise announcement, confirming an all-new game in the series named Marvel vs. Capcom: Infinite.
Fans went nuts over the announcement, catching a glimpse at returning faces like Ryu and Mega Man, as well as newcomers like Ultron Sigma and Captain Marvel.
The game arrived nine months later, but to somewhat mixed reception. It only ended up selling just over a million copies, with Capcom considering it a “bomb.” But here’s the thing…it didn’t deserve the fate that it got. In fact, we’re itching to tell the publisher that the franchise deserves a fair chance at a comeback. Here’s why we think that way.

Infinite Was Saddled With a Very Poor Budget
Though Capcom never confirmed all the details, reports indicated that Marvel vs. Capcom: Infinite had a very small budget. How small? Well, Capcom actually devoted more money to downloadable content for Street Fighter V. Think about that. A full game didn’t have nearly the money that downloadable content had for another, and more popular, project.
As a result, the developers had to cut a few corners. They re-used some assets from Ultimate Marvel vs. Capcom 3, and cut short some of the animation budget. And the fans were quick to notice, as the characters didn’t look nearly as sharp as they did in their predecessors. Chun-Li in particular was looked upon as being “weird.” As a result, a lot of fans were turned off by the entry.
Despite it still coming together the way it did, fans were turned off by some of Infinite’s appearance and didn’t bother with the game, going with the previously re-released Ultimate Marvel vs. Capcom 3 instead. But there was another problem that kept it from achieving greatness. 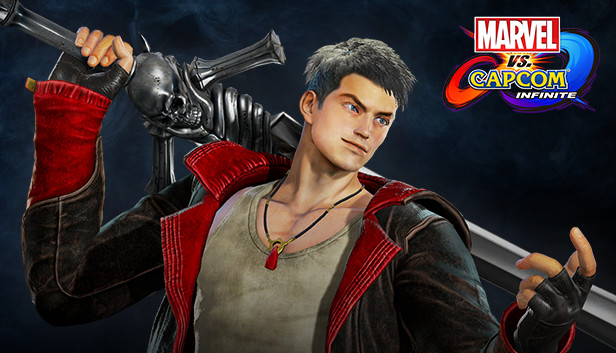 The Story
Marvel vs. Capcom: Infinite’s story wasn’t the worst. In fact, it had some rather creative ideas revolving around Ultron Sigma, a combination of Ultron from the Marvel universe and Sigma from the Mega Man world. Combined, they would become quite the unstoppable force, with the teams having to call upon an unlikely hero to counter them – Thanos. Yep, ol’ Infinity Gauntlet madman himself. (Oh, and did we mention that Jedah from Darkstalkers is in the mix as well, along with Venom?)
It’s a neat idea, but the problem is the story took quite a few odd turns. While its pairings were unique (teaming up Thor with Arthur from Ghosts ‘n Goblins, for example), its dialogue went along the lines of cheesy Saturday morning cartoons. This turned a few fans off, as fans were expecting something a little more high-stakes and less “cheesy,” as it were.
Still, the story worked for the most part, but compared to other Marvel content on the market, it was easy to see why fans didn’t exactly flock to it. This should’ve been an opportunity for Capcom to work more closely with Marvel and really get some lore from the comics going. Alas, the lacking budget may have stopped them from doing so – and we’ll never know why it didn’t get more of a green light. 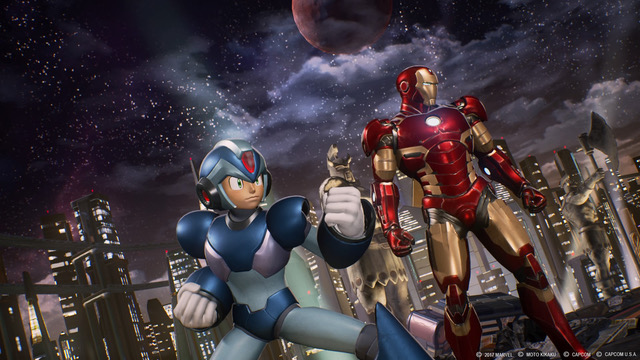 Where’s the DLC?
Street Fighter V ended up getting multiple seasons of downloadable content to keep fans entertained. Marvel vs. Capcom: Infinite, however, did not get that support.
In all, only six fighters were available as downloadable content, which paled in comparison to the fighting titan. And they were good additions, including the likes of Winter Soldier, Black Panther and one of the Monster Hunter characters. But this should’ve been a golden opportunity for the franchise to thrive and really add some oddball favorites. Not to mention re-adding some faces that were missing from the franchise. At the time of Infinite’s release, Capcom didn’t quite have clearance to use characters from the X-Men universe. As a result, fan favorites like Wolverine, Magneto and Sentinel were nowhere in sight.
Granted, that’s no longer a problem now that Disney owns Fox and its assets and have the X-Men back in their fold, but at the time of the game’s release, it wasn’t happening.
That sunk Marvel vs. Capcom: Infinite even further, but that doesn’t make up for Capcom’s inability to try and be creative with its DLC plans. It has access to tons of other franchises outside of the X-Men lineage. Where was Punisher? Daredevil? Kingpin? Anyone like that. It just wasn’t happening. Not to mention the Forgotten Soldier from Forgotten Worlds or maybe even some Mega Man favorites (Metal Man!) joining the fray.
Alas, the writing may have been on the wall for this one before it even had a chance to shine. Capcom should’ve given it better consideration, especially with Marvel involved. This was not the time to play it cheap. 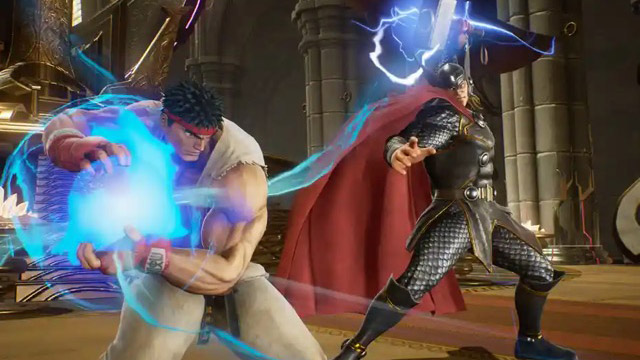 Is This the End of Marvel vs. Capcom?
With Infinite’s ultimate failure, one has to wonder what will become of Marvel vs. Capcom now. The thing is, there’s still a great deal of demand for this series, particularly with a revamp of Marvel vs. Capcom 2 for new consoles. And considering Arcade1up still has a pair of Versus arcade games out there on the home market, there’s no doubt that it could be done with some effort.
A re-release of MVC2 is pretty likely, considering that Disney actually approached Capcom to see if something like that could be done. (Nothing’s been confirmed just yet.) But as far as the future goes, this may be a good time to look deep into what Marvel vs. Capcom 4 needs to be.
We’re talking X-Men characters, a good fighting system (actually, Infinite had some creative stuff with its fighting system that deserves a second shot), and some oddball favorites joining the fray.
Alas, with Capcom investing heavily in Street Fighter 6 (for a possible reveal this year), it likely won’t happen anytime soon…if at all. That’s a shame, because the legacy of the Versus series needs a lot better than whatever Infinite ended up getting. This is a saga that has proven that it has to have a second chance. Here’s hoping it gets it.

We’re giving away a game platform of your choice! Find out how to win here.