Five Things That Will Help Nintendo Dominate In 2022

Time for the big N to step up.

2021 was a pretty good year for Nintendo. Not only did it introduce a new OLED model for the Nintendo Switch, but its original model continued to dominate in sales. Not to mention that the company delivered with some big games, including the return of traditional Metroid with Metroid Dread; fun entries in the Mario Golf and Mario Party franchises; and, of course, more Pokémon.
But now 2022 is coming; and in the fifth year of the Nintendo Switch, it’s time for the company to rev its engine and show that it’s ready to dominate the market. Let’s see what moves it can make to continue to keep hold of its share, and how it can take more.

Continue To Establish Nintendo Switch Online’s Expansion Pack Into Something Great
One of the company’s biggest controversies from this year was adding an extra fee to the Expansion Pack portion of Nintendo Switch Online, which includes Sega Genesis and Nintendo 64 games. Some players remain skeptical, though the company is slowly but surely building its library into something respectable, especially after adding Paper Mario from the N64 ranks.
So what’s next? Obviously, library build-up. Continuing to add N64 and Sega Genesis games would obviously do the trick, especially obscure favorites like Blast Corps and, if we’re lucky, Goldeneye 007.
But why stop there? This would be a lovely time to add the Turbo-Grafx 16 console to the line-up, along with Game Boy and Game Boy Advance. And, dare we dream, the GameCube would go a long way to redeeming the Expansion Pak, especially with perfect ports of Rogue Leader: Rogue Squadron II and F-Zero GX. We’d play them like crazy. Hopefully Nintendo will continue to grow the service and make it truly worth its increase in price. 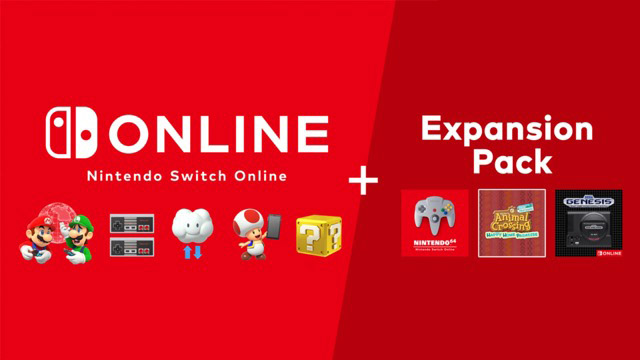 Pushing The Breath of the Wild Sequel
Nearly five years on, and The Legend of Zelda: Breath of the Wild remains one of the Nintendo Switch’s best-selling games. Can’t really blame the buyers, because it’s a massive adventure that’s still well worth exploring.
That said, the unnamed sequel should finally arrive sometime later this year, and Nintendo’s in a position to garner an even bigger hit. It just needs to make sure it gives it the right push.
By that, I mean showing us some form of gameplay around E3 2022 time, to give players an idea of what to expect. For that matter, an official title wouldn’t hurt either – calling it The
Sequel to the Breath of the Wild just isn’t enough, you know?
And of course, promotional push, especially if it’s a holiday title. Nintendo’s never really had a problem in this department, but considering this is such a AAA title, it could use a little something extra.
Don’t be surprised if this long-awaited sequel somehow ends up on the “best of 2022” lists for many people. There’s a lot of anticipation behind it, and, considering Nintendo’s reputation, it’s not likely to blow it on something subpar. Expect greatness.

While we’re at it…

Give Some Love To Bayonetta 3
At long last, the third chapter in the Bayonetta franchise should finally make its bow sometime next year. It’s been anticipated for ages, and the first gameplay peek we got this year didn’t disappoint, with a whole lot of chaotic action.
That said, this will likely be one of the company’s bigger releases for 2022, so it needs to give it lots of love. Perhaps a diary series featuring the team at Platinum breaking down each aspect of the game would go a long way (if Kamiya doesn’t block everyone on Twitter first). For good measure, promoting the heck out of the two games that are already available wouldn’t be a
bad thing either.
2022 could promise to be the year of the witch, and Bayonetta 3 definitely deserves that love. Here’s hoping she’s just as popular as the Breath of the Wild sequel when all is said and done.

More Trust In Classic Franchises
While Nintendo has been good to a number of its franchise, it’s left quite a few of them in the dust over the past few years. Perhaps 2022 would be a good year to re-explore them and re- introduce players to what they may have missed out on in the past. And we’ve got a few suggestions.
First off, F-Zero. We’ve been hearing rumors that it’s destined for a revival of some sort, and the Switch feels like just the machine to do it. For good measure, it can use networked play from Nintendo Switch Online like a champ; and with the right developers behind it (dare we say AM2, the creators of F-Zero GX?), it could really look better than ever.
Why stop there? We know StarFox was the focus of Ubisoft’s excellent Starlink: Battle For Atlus game a few years back. But why not a traditional game that features him and his squad back in action? Heck, we’d even take a re-release of the unloved StarFox Zero, provided that it has the right control systems in play. (And we mean voluntary being able to choose turning off those damn motion controls.)
Finally, Punch-Out!!, anyone? The last we saw of this amazing boxing franchise, it was dominating on the Wii. We would certainly take a port of that game, or perhaps even something new for good measure. And with networked play, because, of course, we want to beat up friends with superstars.
Here’s hoping Nintendo continues to take chances going into the new year. After all, Kirby’s getting a new 3D platformer, so why not?

Continue To Line Up Deals With Indie Companies
If there’s one thing Nintendo hasn’t backed down on over the past few years, it’s support for indie companies. Over the years, it’s snagged quite a few good exclusives for the Nintendo Switch, as well as some surprise favorites that have since flourished on other platforms via multi-platform release.
With that, Nintendo shouldn’t slow down the process. Yes, the eShop is flooded with games as it is, but it should find a way to continue highlighting some of the best indie releases out there, along with favorites like some might have missed along the way. For example, the awesome Blossom Tales. (No, we didn’t intend for that to rhyme, but it sounds great, doesn’t it?)
Combine its AAA strength with love for the indie community, and you have a formula that Nintendo will continue to keep revving along in the new year.

We’re giving away a game platform of your choice for the holidays! Find out how you can win here.