While Halo 4 and Halo 5: Guardians were solid entries in the growing universe of that sci-fi series, they didn’t quite hone a place in history in the same way that Bungie’s games previously did. Again, very entertaining, but when it came to the Master Chief lore in general, they weren’t monumental leaps forward. Still, they kept the franchise going strong, and maybe that’s what 343 Industries had in mind as it eventually took control and tried to find its new direction.
And boy, did it. Last year, following a somewhat lacking gameplay reveal to the world, the developer buckled down, delaying the game for a year and promising that it would be worth
the wait. Now, here we are, just about a year later, and…boy, does Halo Infinite live up to the promises. In fact, it exceeds them, to the point that the series finally feels like it belongs to 343 and a whole, with Bungie dwelling in the past.
That’s not to say everything clicks about the game, particularly its story being a little bit murky.
But that’s more than made up for with its awesome gameplay in the campaign mode, as well as multiplayer that feels rejuvenated and worth playing, even with that Battle Pass stuff. On top of that, the open-world is a fresh approach; and the presentation is razor sharp, really bringing out the best in Microsoft’s new Xbox Series hardware. At this point, Halo doesn’t get much better…though we’d be eager to see the developer try in a few years.
For now, let’s cover what makes Infinite shine. 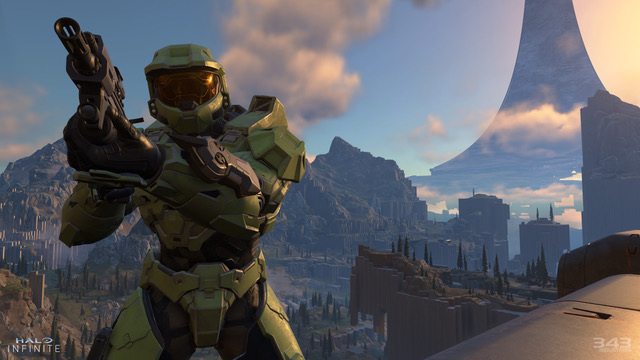 It Still Feels Like Halo, But With New Stuff
343 has really dialed in Halo’s feel, right down to the weightiness of Master Chief’s jump and how each vehicle handles. It’s a beautifully playing game that fans will dive into without having to adjust too much, and the way it feels with an Xbox Series S/X controller is second to none. (If you still have an Xbox One pad, don’t fret, it works very well with that, too.) And the challenge level is about right, with battles not being a pushover, and grunts actually ready to put up a fight if you’re ready to chase after it.
That said, the new stuff is actually quite impressive. The new grapple tool not only helps you reach new heights within the game, but can also get leveled up to leave an enemy temporarily open for an attack – useful against the toughest of bosses that get caught. I also enjoyed some of the new weaponry introduced within the game, including a cool Covenant-style shotgun/handgun combination that packs a punch.
The leveling up tree is excellent too, and you can really turn the odds in your favor as you unlock more stuff. Of course, the general mechanics click as well, and the game doesn’t feel like a slog in the least.
This is especially true with multiplayer. Though adjustments have been made to the gameplay and some of the modes, it’s outstanding. I’ve gotten hooked after just a few matches now, and it’s a load of fun with friends. It is disappointing that Forge is missing, along with campaign co-op (for now – it’s coming next year), but there’s still enough meat in this sandwich to satisfy. 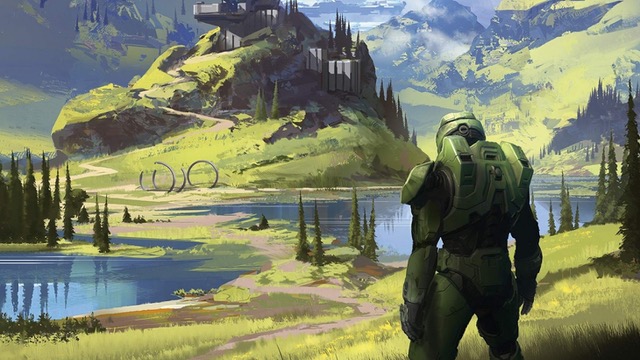 Get a Load of This Presentation
Where Halo Infinite really exceeds expectations is in its presentation. With a new open-world approach that gives you literally a whole world of danger to explore, you really get a sense of just how big this game really is. 343 took a big risk here, but it pays off in dividends, even if there’s some locations that force you to travel in real-time, rather than fast-travel. No biggie, as you explore more places, find secrets and get to run over some bothersome Banished along the way.
The visuals pop off the screen wonderfully, running at a solid 60 frames per second without missing a hitch. The 4K support is awesome, especially with weapon effects. The lighting is a tour-de-force, and even the internal settings are wicked cool, as you explore massive structures for weapons, secrets and more. Aside from Forza Horizon 5, I haven’t seen an Xbox Series S/X game that takes advantage of the hardware like this one does.
I love the audio, too. The soundtrack remains on par with some of Halo’s best, with old and new melodies alike, wonderfully orchestrated. The sound effects deliver where needed, with each weapon sounding better than the last. And even the voicework is top-notch, though the dialogue can be stilted in some places. (That’s just the story again, but oh well.) 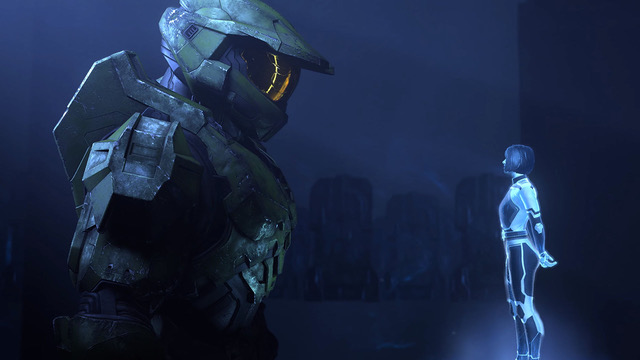 Get the Chief For Christmas
Even with a somewhat lacking story (with its bits of inspiration here and there), Halo Infinite is a huge leap forward for the franchise. The multiplayer is on a whole new level, and, better yet, free-to-play if you want to try it first; the campaign has some great moments and a wonderful world to explore; and the presentation is just about unbeatable on the next-gen front. 343 has done its homework here, and it totally shows. What’s more, it has me excited for the future of the franchise, and that’s something that’s been needed since the good ol’ days of the original games.

We’re giving away a console of your choice for the holiday season! Find out how you can win here. 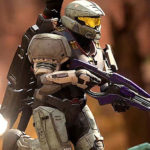