In the choice of Nerf or nothin’, we choose nothin’.

While first-person shooter games are a mixed batch right now between the superior Halo Infinite, the entertaining Call of Duty: Vanguard and the problematic Battlefield 2042, it’s nice to know they all hold a common ground over truly hideous examples in the genre. For instance, the beyond frustrating Nerf Legends.
That’s right, someone decided to make a first-person competitive shooter based around the world of Nerf guns, of all things. We cackled when the trailer came out, but decided to give it a fair chance because, hey, who knows? Nickelodeon All-Star Brawl caught us off guard and was kind of fun, so Legends may have an opportunity to follow suit, right? Um, wrong. Dead wrong.
This mess of a first-person shooter doesn’t really have any solid structure to it whatsoever, between the beyond flimsy story, the poor controls, the terrible presentation and the non- existent multiplayer. In fact, you’ll find more functionality out of a low-end Nerf toy than you’ll find in Legends. That’s saying something. 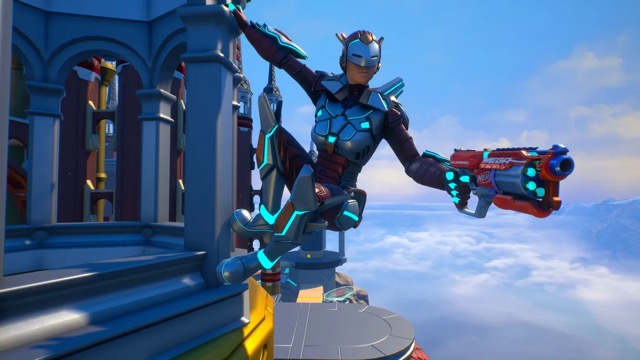 Shooting Blanks
First, let’s talk about the gameplay. It should be fairly simple to nail down the basics of a first- person shooter, right? Well, Nerf Legends doesn’t do that. It has controls that just don’t do anything for the player. Sloppy aiming, for example. Not to mention weapons that barely have any ammunition to begin with, and enemies that react like they’re stuck in molasses. Not that it matters, because your ammo doesn’t really damage much anyway. At least, based on how it looks.
Worse yet, the game is practically a cakewalk anyway, which makes it boring. If you do manage to get the hang of the controls, there’s no joy in taking down everything here. And without any structure to the story to hang onto (just placeholder crap as an excuse to get your hands on other Nerf weapons), it just drags on.
So the multiplayer should save the day, right? Well, it doesn’t. The game’s multiplayer promises support for numerous players, but out of the six sessions we attempted to jump into, we got exactly zero to work. Zero. On the Nintendo Switch, no less, so there’s no traffic issues with PlayStation or Xbox servers here. That’s how sad a state Nerf Legends is in.

Poor Design All Around
To go along with the game’s sloppy gameplay, Nerf Legends also suffers from horrid design. The levels themselves aren’t really entertaining in the least; and the puzzles that the game includes aren’t really worth solving whatsoever. It’s just shooter 101 here, and it feels like a failure of the class. Couple that with bland enemy animations, a lot of glitches and a poor frame rate, and you’ve got a game that will make you wonder if the team understands how current-gen game development works.
The audio isn’t much better. The music is repetitive and over-cheesy with its use of guitar, and the two voice actors that are included in the game become stale right away with poor delivery and repeated lines. You’re best just turning them off. In fact, maybe turn the whole game off while you’re at it. 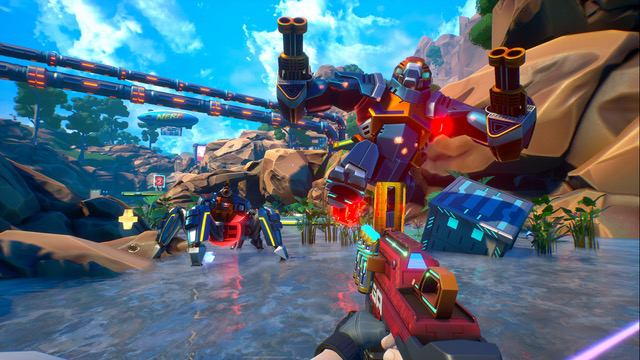 Hardly The Stuff Of Legends
Had the game been in the hands of the right development team, Nerf Legends could’ve been a fun alternative to the teen and mature-rated shooters out there. Its multiplayer could’ve innovated; and its weapon arsenal could’ve been used to much greater effect. But…that didn’t happen here, and the end result is a disaster on every level. Poor controls, horrendous structure, bad presentation and multiplayer that’s not even good for the sake of a joke…it all adds up to one of this year’s worst releases, if not the worst.
Hopefully for its next go-around, the Nerf license finds something far more respectful. Or, you know, maybe stick to toys?

We’re giving away a game platform of your choice this holiday season! Visit this page to find out how to win. 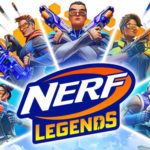