Gaming Armageddon is on the Horizon?

by Todd Mowatt The Gamebutler
in Gaming Column

The way the video game industry has been treating its customers like fools is most assuredly going to come back and bite them on the ass.
Since the next generation systems launched, games around the world have seen price increases and the gaming experiences have stayed virtually the same over the last few years.
Add to that there is no clear way for an avid gamer to get their hands on a PlayStation 5 or an Xbox Series X without having to go through a lot of hoops.
It appears Sony and Microsoft do not care about their consumers, and they think they can hide behind the excuse of the Pandemic like everyone else.
Other industries do not charge $75 to $100 a game and upwards of $500 plus for a console and an extra controller.
Other industries do not allow scalpers to control the ebb and flow of their product inventories so they can have a slush fund in another country for their company head and make it look like its due to the Pandemic.
Add to that Intellivision taking gamers’ money and holding it for over a year and not giving any updates on when the systems will ship.
I for one no longer care about Intellivision and I want my money back. I don’t think the system will be relevant no matter how many Toe Jam and Earle or Earthworm Jim sequels they offer up.
The long and short of it my friends is that the video game industry is in some serious trouble and an influx of systems might not change the perilous plight they are in.
There isn’t even a system at retail where gamers can get a system. We must go to the store every day and ask if they have them in stock. What a load of crap!
This industry is in desperate need of a wake up call and its on the horizon!
Gamers are finding other ways to be entertained and they are losing interest in their once premier hobby.
Everything from shoddy reviews on the big sites to having to pay tons of money for less than stellar gaming experiences. Gamings’ glory days are OVER! 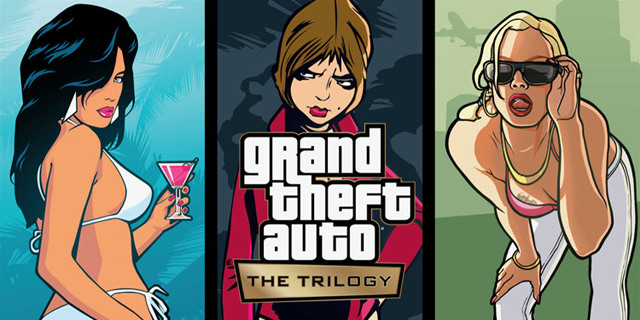 GTA just got a trilogy release, and it sucks.
The problem is everyone knows that they are just trying to raise some cash to feed their stock price and muddle their way through until the black cloud of the Pandemic dissipates further. Gamers know they Take Two and Rockstar tried a money grab plain and simple.
It was evident when the hard disk version of the game is being released a few weeks after the digital version. That was a telltale sign that this case of diarrhea was not going to be relieved with a normal tummy remedy. When I heard that more than my spidey senses were tingling. I know there was a poop storm brewing!
Now you won’t see other so called video game websites tell it like it is because they are too scared of getting put on time-out from advertising from the video game establishment.
We here at thegamebulter.com don’t care about that. When you spend your hard-earned money on a game we tell it like it is and no trip to leave it to beaver land or a leather jacket will change our mind that you the video game consumer is our main priority.
To that end we are giving away some systems between now and Christmas a PlayStation 5, an Xbox Series X and a Nintendo Switch. Win and you can get whichever one you want. How do you do that. Simply sign-up for our weekly newsletter for free.
Want to send us a comment and have your comment posted on our site. Just send us a note and send it to info@thegamebutler.com
Want to write for us send us a writing sample and let us know what kinds of stories you would like to write and we will send you a note.
We won’t pay you in jelly beans. We will pay you in the currency of your realm!
Have a wonderful and joyous Merry Christmas and a Happy Holiday Season.