It’s a bit odd watching how Battlefield has grown over the years. At one point, the series was at the forefront of multiplayer games, only to veer into remarkable storytelling form with the Bad Company spin-offs, which remain among the series’ best. Then with Battlefield 3 and 4, it tried to be the jack of all trades with campaign and multiplayer, keeping a fair yet somewhat not completely overwhelming balance that lingered just beneath Call of Duty. Then Battlefield 1 changed the scope yet again in a great way, only for Battlefield V to bring everything settled back down again, instead of vaulting forward.
And now there’s Battlefield 2042, in which EA tries to go back to basics with the multiplayer again and does away with any sort of campaign. So we’re right back to “okay, now what do we
do with the franchise” mode. That’s not to say it doesn’t do stuff right here, as it does, particularly with its epic battles and the neat Portal feature. But, once again, we’re finding ourselves feeling mixed about the final product, namely due to server issues, visual bugs, no campaign to tie in with the thrilling setting, and probably the most questionable thing of all – why it never feels like it settles like the series did at some points during its existence. For some, it may be enough, but what about for others where it doesn’t? 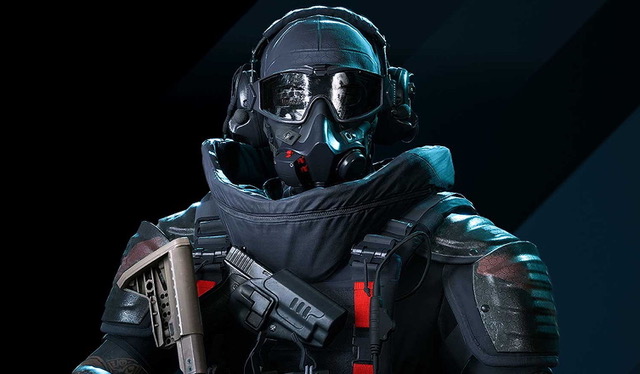 There’s Excitement In the Gameplay
To be sure, those that do enjoy what Battlefield’s multiplayer is about are sure to love what 2042 has in store. We’re talking huge 128 player battles in which all sorts of mayhem occurs, from blasting vehicles to bits to rushing into a good ground storm against other soldiers to making a huge leap off a skyscraper in the middle of an epic sandstorm, in the hopes of getting the jump on a squad and overtaking a point in Conquest.
In basic structure, the game definitely has something for multiplayer fans to indulge in. But there are also points in which it comes up short, particularly with the feeling of accomplishment. Sure, you can see the numbers change as you engage in a battle, but half the time you’re laid to waste so quickly you feel like you’re missing out on the thick of it. The game doesn’t really open the door to let rookie players in, nor providing any sort of guide to provide them a helping hand when they need it. Heck, I had the thrill of hopping into a tank and feeling the need to mow down opposition, but the controls didn’t quite click as expected, and as a result, I just ended up trying to figure out a good stance before, yup, I got blown to bits.
That said, some of the components have the right thing they need to keep players motivated.
Portal, for instance, is something else, bringing in elements from prior Battlefield games and introducing new ways to keep players engaged. And for those that are really experienced, the Hazard Zone is also quite good, though it can also go against you rather heavily if you don’t have a good squad backing you up.
And, finally, there are only seven maps. I’m sure more will be added over time, but we’re talking about a multiplayer game going for full price and only offering so much for the money.
Again, enthusiasts that are familiar with the series probably won’t mind and will likely take on the full price as paid when it comes to getting their elbows dirty in the Battlefield entry. But everyone else may feel left out, due to lack of guidance, motivation or, that’s right, the single player component that would make them ready within 2042’s world. What’s here isn’t a bad thing, it just isn’t for everyone. And that feels like a step backward for a game with its massive scope. 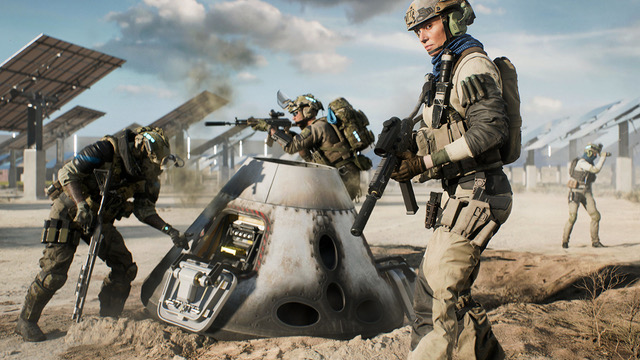 Technical Setbacks and Server Woes
There are other things to consider when it comes to Battlefield 2042’s huge price tag. Yes, the maps are massive, and impressively designed despite only having a few available. And the weather effects are something else, changing the scope of a battle for those that aren’t ready for it (and that could be quite a few of you).
But that leads us to another problem – the fact that not everything is polished. We’ve experienced quite a few bugs within the game, signs that EA didn’t quite test everything as
smoothly as it should have following its numerous beta tests. That’s not to say the experience lacks polish, but you can tell some aspects didn’t quite get the attention they needed. And the hard crashes don’t help either, forcing you to scrap whatever it is you’re doing, waiting for a new match to start and hoping this one goes so much better.
Not to mention the UI set-up isn’t the best, as finding the right settings can take a bit of time.
And even then, looking for the right squad for Breakthrough or Hazard Zone requires you to jump through so many hoops. It’s more work than most people might be willing to put up with, and that, again, limits the scope of what Battlefield 2042 should’ve been. Even with so many settings, it still feels somewhat limited.
So between the glitches, the wait to set up matches, the hard crashes and all that, Battlefield 2042 comes up short. And that’s too bad, because, technically, it is solidly built with a good frame rate, solid weapon effects (like explosions, which look as sharp as ever), quality sound design and having a successful moment that turns the tide in battle.

It’s Hard To Love Battlefield
So should you pick up Battlefield 2042? Honestly, we would wait. What’s here is a pretty good structure with the potential to be something excellent, but as it stands, it feels more like a work-in-progress. There aren’t as many maps as there should be, despite the ones here providing a lot of promise; and the multiplayer seems more veered towards the masters of the playing field, rather than opening up to create a larger audience for Battlefield. We can forgive the lack of a single player campaign to some degree, but the lack of an open door could be a crippling moment to those that just want to get the hang of things.
Perhaps in a few months, with more patches, more content and, hopefully, better tools to make matches go more towards general players and less towards those that are masterful at this sort of thing, Battlefield 2042 can find its groove and establish what it needs to be, not what it intends to be. As it stands, it’ll satisfy the purists, and maybe those that know a strong squad to get them where they’re going. Otherwise, there’s better ground to cover in the first- person genre, particularly with Halo Infinite, which looks as if it’ll all its bases beautifully, based on what we’ve seen with the campaign and the excitement growing from a far more accessible multiplayer beta.
As for the future of Battlefield…hey, EA, Bad Company 3 wouldn’t be a bad thing. Just saying.
Should you get Battlefield 2042? If you enjoy its multiplayer, it could be of value to you. Otherwise, wait it out for its structure to take better shape.

No turkeys here – we’re giving away a PlayStation 5! 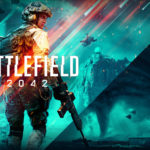