Ubisoft Has a Huge Problem

But the question is, what can be done to fix it?

Over the years, Ubisoft has become one of the most prominent game companies out there, establishing success behind such franchises as Assassin’s Creed and Rainbow Six, amongst others. And, at one point, it almost looked as if the company could do no wrong, creating big hits while also working on smaller releases, effectively covering “all the bases,” as it were, for what gamers wanted.
But now there are warning signs. Signs indicating that the company is trying to move more towards a general business model, while running the risk of leaving behind said audience in favor of someone more “connected” within the gaming world. Not to mention leaving some employees questioning just where it stands morally. Ubisoft has a big problem here, and recent moves indicate that something may have to be done in regards to its direction. 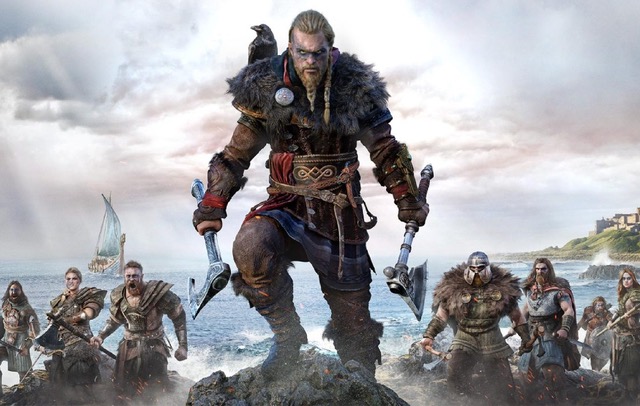 Toxic Work Environment
In the face of what’s happening at Activision Blizzard, Ubisoft isn’t the top company with complaints regarding a toxic work environment. That said, it has run into its fair share of issues, releasing many employees in the wake of complaints and reportedly launching third-party investigations into such matters, though results of those investigations haven’t been revealed just yet.
But it sounds like not enough is being done on the matter. A recent tweet from a group of employees, asking for A Better Ubisoft, suggest that Ubisoft head Yves Guillemot and his team aren’t doing enough to address matters.
“100 days ago we signed our open letter and set out our four key demands. None of our demands have been met.” As a result, it launched a new petition, asking fans to sign with them to get the four following things done:

Guillemot has made it public in the past that he was looking to create a better environment for Ubisoft. However, he hasn’t detailed what moves were being made, and has secretly been moving around employees from project to project, without really “resolving” the matters at hand. It does bring up some question into the leadership of the company, despite its recent successes with games like Assassin’s Creed Valhalla, Far Cry 6 and Riders Republic.
Speaking of games, that’s something else entirely… 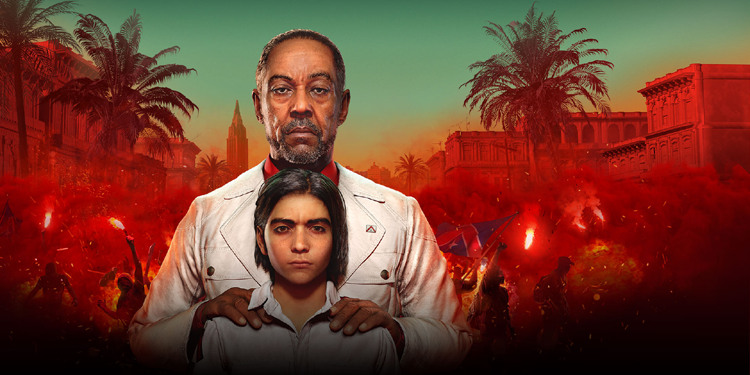 A Far Cry From Where They Started
In a recent report, Dan Hay, who served as executive producer on the Far Cry series for the past decade, left the company over the decision to make the series an “online-oriented” one, in terms of a service-based title like, say, The Division games.
In an official statement, the company noted the following:
“After more than 10 years at Ubisoft, Dan Hay has announced that he will be pursuing a new chapter in his professional life and he will be leaving on November 12. Dan has been the Executive Director of Far Cry and has developed an incredible multi-disciplined team to produce what has become one of the most popular games in Ubisoft’s history. While Dan has not announced where his path is taking him, we are confident that it will offer him the new challenges and experiences he seeks and deserves. We thank Dan for his many contributions over the years and wish him all the best for the future. In the interim, the brand team will be led by Sandra Warren in Montreal as well as a highly capable team of producers and directors, in addition to continuing its collaborations with a number of other studios around the world.”
But the company didn’t address why he left, and the idea that a single player based series like Far Cry is taking an “online-oriented” approach is cause for concern. In this day and age, single player games are being embraced (just look at Guardians of the Galaxy and Horizon: Forbidden West), and Ubisoft thinking it needs to “connect” players with a game of this stature…it just doesn’t seem necessary. In fact, some might even call it a waste of resources, instead of working on something like a game’s story or structure. Far Cry 6 worked just fine with this, and will continue to get better with its planned DLC.
Another problem is that the company might be more focused on its successful titles, and not giving others the chance they need to shine. We haven’t heard about Skull & Bones in ages, but the company insists it’s still in development. But then, there’s Beyond Good and Evil 2. Aside from being successfully re-announced a few years ago to much fanfare, there hasn’t been any word on the game’s development. And now, some fear that it’s destined for cancellation, because it doesn’t fit in with Ubisoft’s current corporate model.
Game industry member Tom Henderson recently spoke on the matter on Twitter. “The game is suffering a development crisis from a lack of creative direction since the title went into development, which was worsened by Michel Ancel’s departure from the studio in September 2020,” he explained.
“What is worse, is that the game currently doesn’t fit with Ubisoft’s future ambitions and goals with future titles. The game has been described as “Skull & Bones 2.0” and although the game hasn’t been canned officially, some developers believe it’s a matter of time before it is.”
If this is true – and Beyond is headed for a 2022 cancellation – it’ll sum up what Ubisoft’s business model has become. And that’s more related about the business itself and less about what made Ubisoft what it is today. And the fact it’s continuing to make moves without focusing on its people could result in problems leading into the new year, even as it leans on big upcoming titles like Tom Clancy’s Rainbow Six Extraction, which is set to debut in January. Guillemot still hasn’t addressed the matter, and, as far as we know, Beyond Good & Evil 2 is still alive. But there’s a lot leaving us wondering about how Ubisoft can fix this situation. If it can be fixed, mind you.
And then there’s community itself surrounding its games. 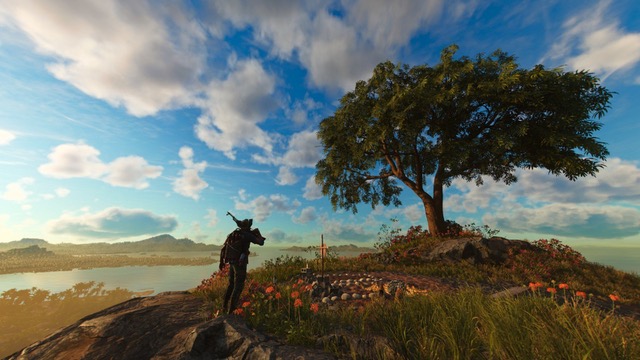 Rainbow Six Siege
While Tom Clancy’s Rainbow Six Siege is considered a pinnacle in competitive gaming, it’s also the home to one of the most toxic gaming communities out there. That’s not to say all its players are bad by any means; but its level of players that live to taunt and “bury” others that can’t compete on their style of gaming is absolutely staggering.
While the company has made initiative to ban certain words in the game, that doesn’t mean the toxicity doesn’t remain. In fact, a recent report indicated just how much it’s taking its toll on gamers, with Ubisoft focusing its effort on the wrong thing.
“So why, then, has Ubisoft, along with many similar companies such as Riot Games, decided that mean words are the absolute pinnacle of toxic behavior and placed a premium on combatting that peripheral bogeyman instead of the underlying issues causing the mudslinging in the first place?” it asks.
It further talks about how players can cheat without consequence, throw matches and engage in other behaviors that basically “ruin” the experience for others. There’s even such personal moves as “baiting” to humiliate newcomers and female players.
“These are concretely toxic actions in the sense that they are objective illustrations of maliciously motivated, harmful behavior. And yet, none of them are effectively combated by Ubisoft. Ubisoft seems fixated on going after a far more easy target: the folks who type mean things, either as a result of having suffered the above annoyances or just because they enjoy saying nasty stuff.”
While Rainbow Six Siege retains popularity, such an environment has forced players to sign off entirely. And without Ubisoft focusing on the fundamentality of that portion of the community, it could be a sign of future games to come – and that could pose a problem with Extraction, despite its new, focused direction away from what Siege was known for. 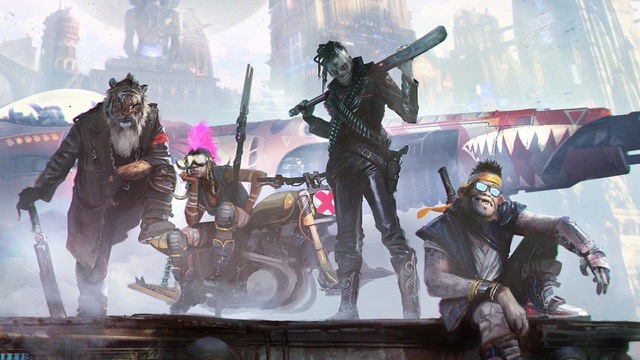 Can It Be Fixed?
The real question lies in whether or not these problems can be fixed. The answer is yes, but it requires the right direction. When it comes to games, Ubisoft doesn’t necessarily need to give up on “live” models nor ambitious ideas, it just needs to move forward on them in the right way. Far Cry clearly doesn’t need an online model, as it works just fine on the level it’s on. Rainbow Six Siege’s community isn’t lost, it just needs better focus to take care of cheaters and those that live to make others miserable. And Beyond Good & Evil 2 could find its chance to shine, despite Ancel no longer being with the company to provide it direction.
But most importantly, Ubisoft just needs to take care of its people. And we don’t just mean the execs it hopes to keep by shuffling them around from project to project. Yves and his team simply need to refocus on what makes Ubisoft stand out and take care of those people. Not the bigwigs, but the employees that matter, the employees that have seen the abuse. An open ear is great, but a plan of action is even better.
Otherwise, Ubisoft could be headed for a world of trouble. All the big games in the world can’t make up for glaring flaws. Activision Blizzard is seeing that firsthand – and if Ubisoft isn’t careful, it could soon be wandering down a similar path, if it isn’t headed that way already.