Back to the front lines.

I think there’s a fair argument to be made about pushing Call of Duty to the bi-annual front, with a new game every two years. That’s not to say that the last few games have been bad by any means, but there’s signs of wear starting to settle in, namely with last year’s Black Ops; Cold War. Again, not bad, but there’s only so much for players to take in before the next gamerolls along.
Thankfully, Vanguard shows that there’s still plenty for the series to offer. It’s the first entry for Sledgehammer Games since the well-received WWII, and reassurance that the studio can still hold its own against veterans like Treyarch and Infinity Ward. And each factor holds up pretty well in this entry, even if some fare a little better than others.
Let’s start with…

Campaign
Unlike WWII, Vanguard does a little globetrotting with its story mode, featuring four different characters in various situations. I won’t break them all down here, but it does take you across the globe, including the Pacific, Stalingrad and, in a nice change of pace for the series, North Africa. And there are some fine characteristics between each character featured here, even if some of the scenarios seem awfully familiar. That might be the Call of Duty fatigue settling in a little bit.
Still, it’s nicely paced, with visuals that really blend in with the action rather seamlessly; and the stage set-ups are nice, particularly the opening train sequence, where you attempt to rush to the front of a set of trains, trying to overtake them while blasting incoming Jeeps off the road and surprising Nazi ambushes. It’s a beautiful thing, and the momentum keeps up with moments here and there. 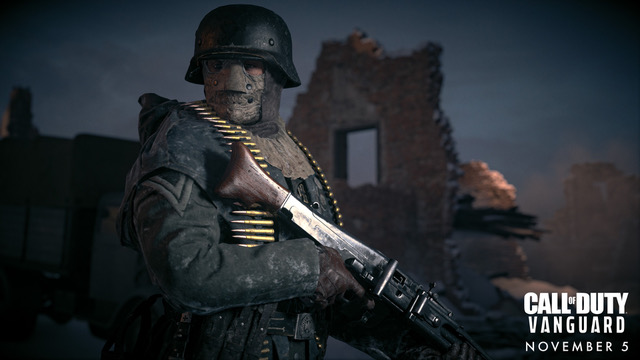 Multiplayer
As we’ve come to expect, Vanguard holds up Call of Duty’s standard when it comes to multiplayer. It lacks the high-tech tricks we’ve seen in previous years, but makes up for it with raw, visceral combat that’s just as hard-hitting as it’s ever been.
There is a great new feature worth discussing called Combat Pacing. You can actually change up the player count here however you see fit, as well as the time-of-engagement, in case you don’t feel like spawning from a safe distance. This, combined with the modes we already know and love, is really cool.
The new modes blend in nicely with classics like Domination and Kill Confirmed, too. Patrol is an awesome variation of Hardpoint; while Champion Hill shows just how much the tournament style of play has evolved. And the Gunsmith is back, just in case you feel like playing around with weapons and ammunition types. Who doesn’t want to when it comes to a mode like this?

Zombies
Finally, there’s the Zombies mode, in which Treyarch lent a helping hand while in the idst of working on their (reportedly) 2023 entry. This time around, you’re hunting an otherworldly force while, at the same time, grasping some really cool powers, including some fire and ice for good measure. And, yes, the tools of the trade are still here, such as the wicked Pack-A-Punch.
It’s not entirely innovative like we’ve seen in the series’ past, but there is some cool stuff here; and it’ll likely grow with DLC over the next year, particularly with guest stars (fingers crossed) and rad new weaponry. Fingers crossed. 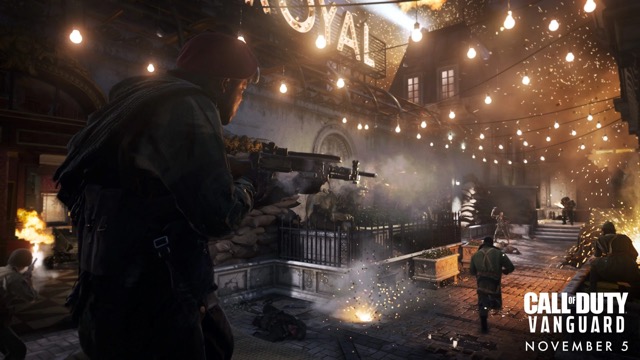 A Great, Yet Not Legendary, Entry
The thing about Call of Duty: Vanguard is that while it’s all nicely balanced between a good campaign, strong multiplayer, and killer Zombies action, it doesn’t quite innovate. Sure, it’s a well-rounded package, but there’s nothing that goes “ooh” and “ahh” like moments we’ve seen in the past. It plays the bases as expected, and that’ll be more than good enough for some. But maybe the two-year idea – while supporting current games with DLC – wouldn’t be the worst thing. Hell, look at what it did for Assassin’s Creed.
For now, though, Vanguard is a great entry in the series and a lot of fun, and a welcome return for Sledgehammer Games. It may not raise the bar, but it certainly meets it in more ways than one.

Want to play Vanguard on a PlayStation 5? Because we’re giving one away! 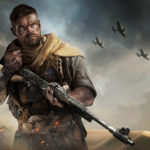