Samus is back, baby.

Remember when we were pining for the day that Metroid Prime 4 would finally be finished and we’d have an adventure in the series that we could enjoy on the Switch? Well, we’re happy to report that the wait just got a little bit easier, thanks to a stunning new entry in the series from the developers at MercurySteam.
You may recall that the team, who previously worked on the Castlevania: Lords of Shadow
games, proved they were capable of producing a great Metroid game with the 3DS opus Samus Returns in 2017. Well, prepare yourself, because its 2021 adventure Metroid Dread is even better. And what’s more, it pays fitting tribute to the franchise as a whole – a nice, surprise one-two punch. 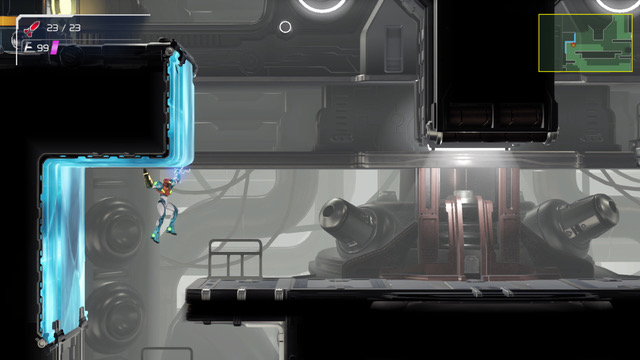 We won’t get too far into the story here, but, in a nutshell, Samus Aran finds herself visiting the planet of ZDR when rumors of a familiar alien being existing on the planet begins to swirl. But little does Samus realize the challenge that awaits her here, including a group of robots, known as E.M.M.I., that are supposed to be on her side. Supposed to be, mind you.
This incorporates a new level of difficulty in the game that some players may not be prepared for. Yeah, on its hardest setting, we know that Metroid Prime Trilogy can be quite the handful. But Dread goes a little further than that, forcing Samus to incorporate stealth into her tactics for the first time, as well as a cool melee maneuver that could save her neck more than once. It may throw some rookies for a loop, but die-hard fans of the series and Metroid veterans will feel right at home here.
At first, Samus has everything in the campaign, but then she has to earn her way back, regaining all her abilities. This is a rewarding quest in its own right, and at home with what we’ve come to expect from the Metroid games. The further you dig, the more you unlock, and the more badass you become with Samus. Not that she isn’t badass to begin with, as her melee move is nicely incorporated into the proceedings.
That brings general balance to the gameplay as a whole, and we’re here for it. Metroid has never felt more naturally at home than it does on the Switch, thanks to MercurySteam’s devotion to old-school gameplay. This really feels like the Metroid of old, but with enough new tricks up its sleeve to keep it from feeling like a retreat. That, coupled with the difficult (but not impossible) settings and the amazing boss battles, make this an adventure worth completing. Not to mention the storytelling is something else. Whereas something like Metroid: Other M kind of betrayed everything we’ve come to expect from the character, Dread pulls off a remarkable feat – by making the hero somewhat vulnerable without seeping out her toughness. It’s a terrific play on the character as a whole, and makes the entire story worth enduring. Yes, even during the more difficult parts. 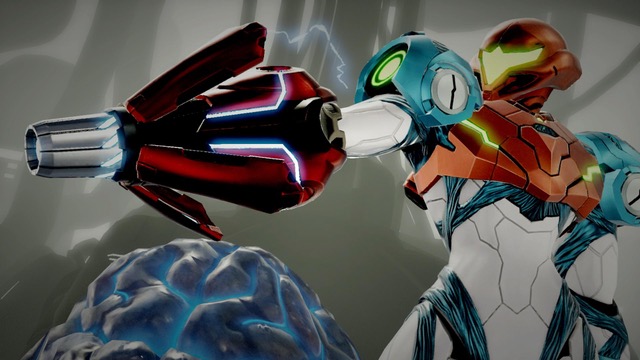 Also, the new segments of the game, where you use new weapons to fend off the E.M.M.I in precise spots, is very cool, especially with the over-the-shoulder camera angle. This game could’ve been strictly 2.5-D and I would’ve been fine with it. But this makes the whole thing feel even more cinematic. I’m on board.
Not to mention the design of the game as a whole. It’s really something. The visuals really pop to life throughout the world of ZDR, with no stone unturned and no bugs (well, game-breaking ones) in sight. It’s a mesmerizing feast for the eyes, with wondrous use of color and terrific animations, particularly on the bigger boss characters. On the Switch OLED screen, it looks even better; but if you have the older model, or you’re playing on TV, you won’t feel bad in the least. This is a great-looking game, and its level design is unparalleled. You’ll be digging for secrets for weeks, if not months.
Also, the audio is exquisite. The voicework is really nicely done in every aspect; the sound effects are atmospheric and involving; and the music is vintage Metroid done on a whole other level. It all comes together into something that really pops into your ears, headphones or not. It’s probably the most well put together audio for a Metroid game since the classic days of Trilogy.
In the end, Metroid Dread is definitely a “wow” sort of title for the series. In fact, it easily ekes its way into our top five, right up there with other legendary favorites like Metroid Prime Trilogy and Super Metroid. Its storytelling is compelling stuff; its gameplay holds up remarkably well despite the difficulty curve; the visuals and sound really come together wonderfully; and the game as a whole will keep you involved. It would’ve been nice to have some New Game + options, but, at the very least, there are lots of secrets to find, so there’s that to consider. Samus’ return is as welcome as it’s ever been, and, honestly, I can’t wait to see what she does next. 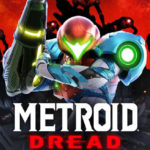