Bandai Namco is usually the go-to studio for adapting hit anime to video games, be it something from the Dragon Ball Z lexicon, or something oddball like One Man Punch. But Scarlet Nexus takes a different path, with an anime-inspired title with a dose of originality and a great combat system. It doesn’t entirely run on all its brain cylinders, but it’s still a smart, fun ride for the most part.
The game takes place in the future, where everyone seems to have their minds connected to some kind of brainy network. Two standouts – the kind Yuito and the cold-hearted Kasane, each look to do something within it, but certain challenges arise that leave questions about how things will go down.
Mind the vagueness, but Scarlet Nexus has an interesting story within it that is told from two entirely different perspectives. That boosts the replay value tremendously, giving you more opportunities to see both halves, and eventually get the whole tale. Just set aside some good time on it.
Scarlet Nexus definitely has the anime-style tone nailed down, but Bandai Namco has done a remarkable job pouring originality into it. It’s got some great characters, as well as some beautiful landscapes that really show off the dystopian, futuristic worlds. Levels come to life beautifully, and the visual effects can be downright stunning on the PlayStation 5.
The secondary characters are excellent, too, and really lend a lot to the overall story. 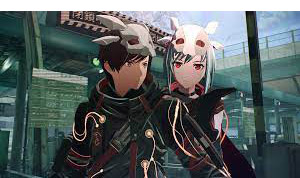 In fact, these characters lend a lot to the gameplay as well, thanks to the bond system. By learning more about them, you actually get to form a better union, which can help you a little bit down the road. Definitely take the time to know who your buddies are, because it can really pay off.
There’s also some great audio, including some quality voice acting that really brings each character to life, along with solid music. No complaints here in the least.
But where Scarlet Nexus really shows off its, ahem, smarts is with its gameplay. Along with some good hack-and-slash action using a variety of weapons, you can also use mind powers to throw objects and other cool abilities. The enemies can be a little bland at times, but the combat itself is rarely boring – and a good time overall. Just prepare for a little repetition as you go on, standard for a hack-and-slasher like this. Fortunately, you can change up weapons and do some real damage with imaginative gear – so don’t be afraid to.
Scarlet Nexus has faults, particularly with some of its side missions (a bit bland) and slight unevenness with its cutscenes.
But overall, it’s an original, daring effort that pays off thanks to its sharp gameplay and its sharp anime-style design. You’ll be hard-pressed to find a title like this on the market these days, so when it comes along, it’s worth embracing. Talk about something that’ll be on your mind for a while. 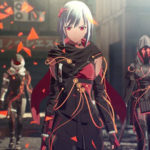