Only it’s really the OLED Edition, coming in October.

After months of rumored release, the Nintendo Switch “Pro” is officially happening. Sort of.
Instead of being called the “Pro,” Nintendo is going with the more technical name Nintendo Switch OLED Edition. It’s set to arrive on October 8th, and will feature a number of enhancements over the best-selling Switch model. 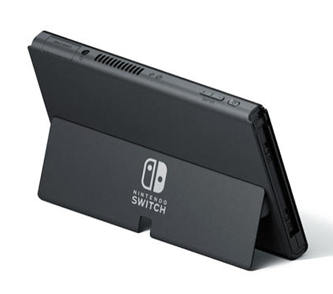 The big thing that stands out here? The larger 7-inch OLED screen, making it easier to see handheld gaming on your system.
But there will also be built-in speakers to bump up the audio, along with a much wider kickstand on the back of the system, a LAN port built into the dock, and 64 GB of RAM for game storage.
However, it won’t have any sort of 4K support, as it will still display 720p on the portable front and 1080p on a television. Not the end of the world, though.

As before, the system will be playable in three modes:

TV mode: Set the Nintendo Switch (OLED model) system into the dock to play Nintendo Switch games on the TV. By using the built-in wired LAN port, players can enjoy another way to connect online in TV mode.

Tabletop mode: Flip the stand on the back of the system and use the system’s screen to play multiplayer games using two Joy-Con controllers right out of the box. A wide adjustable stand makes for a solid and sturdy foundation. It allows players to freely tilt the system and adjust the viewing angle, so it makes it easier to see the screen.

Handheld mode: Players can bring the system wherever they go in handheld mode and play local or online multiplayer with friends. The system’s 7-inch OLED screen provides vivid color and crisp contrast.

It will also be available in two different colors: white and red/blue, akin to Mario.
There’s no word on pricing yet, but it should be somewhere around $349.99, it sounds like. In addition, it’ll also release on the same day as Metroid Dread – a perfect showcase piece for that game.
Will you be getting the Switch OLED Edition? Let us know!