Sonic the Hedgehog has seen some amazing adventures over the years, and some of them have been quite popular. But there have also been a few that have fallen under the radar, mainly because they weren’t able to reach a large audience. The 2010 release Sonic Colors falls into that category, as it was a great game for its time – though it only came out for the Nintendo Wii when it came to console platforms. But that’ll change this September, as Sonic Colors Ultimate will speed its way to multiple systems, including PlayStation 5, Nintendo Switch and Xbox Series S/X. 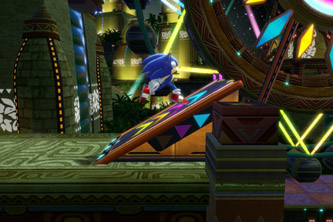 In this fun 2D-3D platformer (akin to the likes of Sonic Generations and even Sonic Forces), Dr. Robotnik, is once again up to no good. He’s built himself a large amusement park, one that he hopes will get a lot of attention. But what no one realizes is that it’s powered is an interesting alien force called Wisps that are being held against their will. It’s up to Sonic to free the Wisps, embrace their power and send Eggman back to the drawing board.
As with previous Sonic games, Colors is all about speeding your way through levels while utilizing cool Wisp abilities to collect rings, find secrets and so much more. This includes being able to use solid objects, or even taking a completely different path with the help of the new Jade Ghost Wisp.
That’s not the only thing that’s new with this port. Along with a fresh coat of paint, improved frame rate and fun gameplay with a traditional control set-up, the game will also introduce a new Rival Rush mode, in which you can take on Metal Sonic in a series of racing events, akin to the classic Sonic the Hedgehog 2. Let’s see how your platforming mettle holds up, shall we? 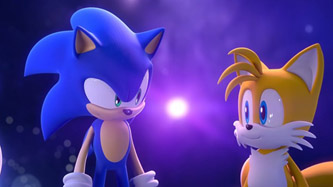 You can check out first gameplay of Sonic Colors Ultimate below, fresh from the digital E3 show floor. It looks like it’ll be another excellent addition to the overall Sonic canon, while at the same time shining a spotlight on a game that’s been long forgotten. Bring on Sonic!
Sonic Colors Ultimate will debut for consoles and PC on September 7. Pre-order quickly enough and you’ll score a special edition with a bonus Baby Sonic keychain!