Meet you at the volcano.

Now that Forza Horizon 4 has made its debut on the Xbox Series platforms, there’s only one real question – what’s next? Obviously Turn 10 Studios is hard at work on the next Forza Motorsport game, but we’re talking about what’s next to do once we’ve run the course of that particular entry? Go to Mexico, of course.

During this past Sunday’s Xbox E3 briefing, Playground Games debuted the next chapter in its offbeat racing series, the fast-paced Forza Horizon 5. Not only did it debut a stunning new trailer, but also some new gameplay footage that debuts the new location of the Horizon circuit. And, yes, it’s got lots of cars to choose from. 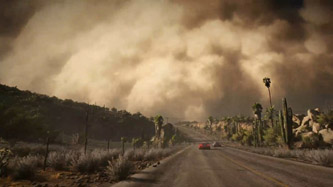 The game has you taking on all sorts of circuits, from gunning your way through sand dunes to competing in a racing circuit that takes place around a volcano. The team at Playground actually did lot of capture work here, making Horizon 5 the most ambitious open-world racing experience to date, fully taking advantage of the Xbox Series X and S. What’s more, it’ll still work on Xbox One as well, though obviously it’ll be missing out on the 60 frames per second speed and the raytracing.
The game is set to arrive on November 9 for all Xbox platforms, as well as Windows PC. It’ll also be day one on Xbox Game Pass, so subscribers won’t miss out on any of the racing action.
Hit the pedal to the metal with the gameplay footage below. We’ll see you on the road!