Square Enix had some fun surprises during its E3 showcase today, but one that came out of left field is a new action game in the Final Fantasy Origin brand.
In Stranger of Paradise, players will take control of characters fighting their way through a familiar universe, but in a vein akin to Dark Souls. This means taking on challenging boss characters, using special techniques to try and defeat them. The game appears to have action/role-playing elements rolled into one, but provides a fresh take on the Final Fantasy universe. 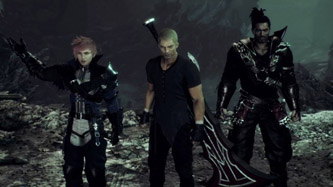 The bad news is that the game won’t arrive until 2022. However, Square Enix has promised that a demo will release “soon” for the PlayStation 5. In fact, it wouldn’t surprise us if the demo actually came out sometime this week, in an effort to cash in on the E3 hype. We’ll see what happens.
The game is slated to release across PlayStation consoles, as well as Xbox consoles and PC.
Check out the trailer below!