Better run back to mama now.

I’m not sure why we haven’t gotten a Virtua Fighter 6 yet. It’s been over a decade and a half since the last entry, Virtua Fighter 5, debuted in arcades; and in 2010, we got a special revamp of the game with Final Showdown on Xbox 360 and PlayStation 3, which is still pretty popular these days.

That said, the franchise is far from dead, as the fourth version of VF5, Ultimate Showdown, has arrived on PlayStation 4 and 5. But before you go screaming “Holy old port, Batman!” (or whatever you yell at a time like this), there are a couple of things to note.
First off, this is the best looking version of the game yet, handled by AM2 alongside the same studio that took care of those awesome Yakuza games, Ryu Ga Gotoku Studio. And second, this one’s got more of a competitive focus to it, since Sega really wants to dive into the world of eSports with it. Oh, and to add, this is still a lot of fun to play, so at least that’s a good thing.

The Best Looking Virtua Fighter Yet
If there’s a stable bit of proof that Virtua Fighter would make for a superb next-gen brawler, Ultimate Showdown is it. The two studios worked hand-in-hand to produce a stellar looking game, with sharp animations, beautiful lighting and smooth, fluid combat that really shines, even with the replays. It’s also cool how you can make someone break through a wall out to the arena floor, adding a bit of drama to the usual KO goodness. That said, the models can look a slight bit plasticky at times, but, on the bright side, you can purchase the Legendary DLC and play as classic polygon models. And that’s the way to go if you’re about the old-school. 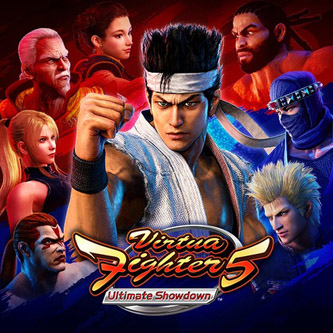 The sound is excellent as well, with great rock music, fun character quotes (Sarah Bryant continues to steal the show with “Better run home to mama now!”), and solid sound effects.
What’s more, the Legendary DLC also includes classic Virtua Fighter themes, if you feel like a blast from the past.
Overall, the game looks and sounds excellent. But how’s the fighting?

Bring Your Fighting – And A Friend
The mechanics of Virtua Fighter 5 remain perfectly intact for Ultimate Showdown. In basic terms, it’s pure fighting, with no fireballs or hefty super attacks to chip away at your health bar. Instead, there are throws, counters, punches and kicks galore, along with some techniques that are well worth mastering, particularly with the Drunken Master Shun Di. He’s remarkable in a fight, and chaining some of his moves together is really special.
That said, I would’ve liked a little more depth. The game features a ton of versus modes, including online ranking and highlighted match-ups to get you in the mood to brawl. But there’s no story mode to speak of, just an arcade mode where you take on a string of opponents before challenging the mighty Dural. It beats nothing, of course, and you can practice in other modes as well, including a sweet in-depth Training mode. However, it would’ve been nice to have something to make Ultimate Showdown feel complete. 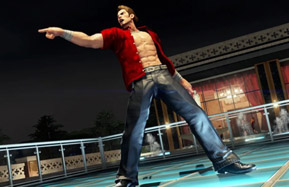 Also, the customization, while neat, is lacking a few options. It’s great to have the old character models, and some of the outfits live up to their radness. But it would’ve been ideal to unlock even more stuff over the course of play. It’s not bad, but a little light in comparison to other games.

The Old comes Roaring Back In A Good Way
Despite some missing features in single player and a few hiccups with customization and character models, Virtua Fighter 5 makes a welcome return with Ultimate Showdown. The visuals are mostly impressive; the fighting never gets old with friends on board; and the gameplay is as great as ever. Hopefully, Sega will reap rewards from this and finally give us the sixth chapter of the series that we deserve. It’s been a long time coming, and this re-release gives us hope that a much bigger fight is to come. 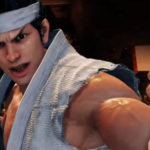