A sneak peek at the forthcoming chapter.

Electronic Arts is set to reveal the next entry in the long-running first-person Battlefield series later this month. However, a pair of screenshots recently dropped, revealing what might be in store for the next adventure from the developers at DICE.
Though the story details are still kind of in the dark, the screens, originally taken from Imgur before their removal, indicate a modern- day setting for the game. That’s a far cry from the historical settings we’ve seen from both Battlefield 1 and Battlefield V over the past few years, as well as Battlefield 1943. 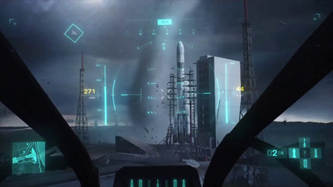 The first image appears to show a map, where players will partake in some kind of battle. It’s a fairly big map, as we can see, with lots of room to run around and flank the enemy.
The modern touches, however, lie within the second screenshot. In that, we get a good look at what appears to be a launching rocket through some kind of weapon scope, in some kind of cockpit. This indicates that vehicles could play a part in the forthcoming sequel, along with on-foot action.
And the screens are verified as well, though EA and DICE had nothing to say just yet. As we mentioned, they’re expected to reveal a trailer and gameplay over the next few weeks, giving us an idea of what’s in store for the next chapter. We’re also likely to get a title as well as verified platforms, though the PlayStation 5, Xbox Series S/X and PC are likely in the cards, with some support for previous-gen consoles.
We’ll see what happens. But gear up, Battlefield fans. As Doc Brown once said, “We’re going back to the future!”
Want to win a PlayStation 5? We’re giving one away!