The Future Of Battlefield

EA has hints at what’s to come with the new game.

It’s been just over two and a half years since the last entry in the Battlefield series, Battlefield V, made its debut on consoles. That means we’re about due for a new one, and EA is ramping up a forthcoming reveal that should provide details on what’s to come with this year’s edition.
In a new blog post, the company revealed a number of developers working on the title, including DICE, DICE Los Angeles, Criterion and more. It noted that the “biggest team ever” is hard at work on the new Battlefield game for PC and consoles, promising a “jaw-dropping experience.” 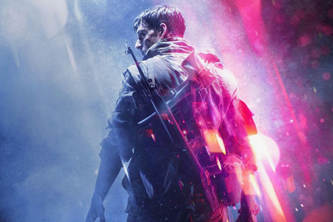 Though story details about the game aren’t available yet, EA did note that the game will be “epic scale,” even more so than its previous efforts. Calling it a “bold step,” it notes that the game “has everything we love about Battlefield – and takes “all of it to the next level.”
This includes “all-out military warfare,” “crazy, unexpected moments,” game-changing destruction,” “massive battles packed with more players and mayhem than ever before,” and a lot more. And it seems to be aiming towards next-gen consoles like PS5 and Xbox Series S/X, though it’ll likely be playable on previous gen as well, since this is EA we’re talking about.
A reveal is expected “soon,” probably around E3 time, though it’s possible we could see something in May.
The company is also working to bring Battlefield to mobile for the first time, with the help of the team at Industrial Toys. It won’t tie in with previously released games, as it’ll be a “standalone” game designed specifically for mobile. However, players should expect a “fully-fledged, skill- based experience” that’ll be second to none. It should be revealed in the weeks ahead as well.
Are you excited to see what the future brings for Battlefield? Let us know!
Want to win a PlayStation 5? We’re giving one away!