Storage solutions, and things get social.

We’ve been waiting a good while for Sony to provide the PlayStation 5 with some kind of meaty system update. And today, we’re finally getting one.
The update, which should be available right now, offers an interesting new solution for storage, along with some new social features. Let’s break down what’s included.

Storage, But With A Catch
The good news is that you can now store PlayStation 5 games on external storage drives, instead of having to just leave them on your console with its limited amount of space. However, the bad news is that, while the games can remain on storage, you can’t play them there.
Let’s say you want to play Demon’s Souls, right? If it’s on the external storage, you won’t be able to boot it up on the PS5, since it’s not formatted for play there. However, you can switch it back over to the PlayStation 5 internal SSD, and move another game that you’re not playing over to the external hard drive temporarily.
It’s a bit oddball having to shift things around, but moving games from place to place is a lot easier than having to wait to download them again. This definitely provides a bit of a breather – at least for the time being – when it comes to storage of PlayStation 5 games.

Cross-Generation Share Play
Unfamiliar with Share Play? Well, it allows you to play with others based on games that enable it. And now, with PlayStation 4 and PlayStation 5’s latest updates, you can actually Share Play together in cross-generation support. This means letting friends on PS4 consoles see the same game screen as you, or allowing others to try out your games on the PlayStation 5. You can also “virtually” pass a controller to someone, in case you want them to have a turn.
In addition, you can now put in a request to join game sessions on either PlayStation 4 or PlayStation 5, making it easier to set up a multiplayer match with someone. And what’s more, you can modify who you talk with via Privacy Settings, in case there are some people you just don’t want to talk to.
Other features include accessing parties and friends much quicker in chat; seeing your Trophy progress on a dedicated set-up of settings; put together pre-load for certain game updates once they become available, and even customize your game library however you see fit, including games you don’t feel like downloading again.

PlayStation? There’s An App For That
The update also applies to the PlayStation App, enabling some really cool features when it comes to managing your console on the go. This includes moving things around in storage, setting up downloads much more easily; or even comparing Trophies with those on the go with you. It’s not entirely revolutionary, sure, but it does add convenience when you’re not in your living room.
Check for the update as soon as you log in to your PlayStation console, and see the features for yourself! 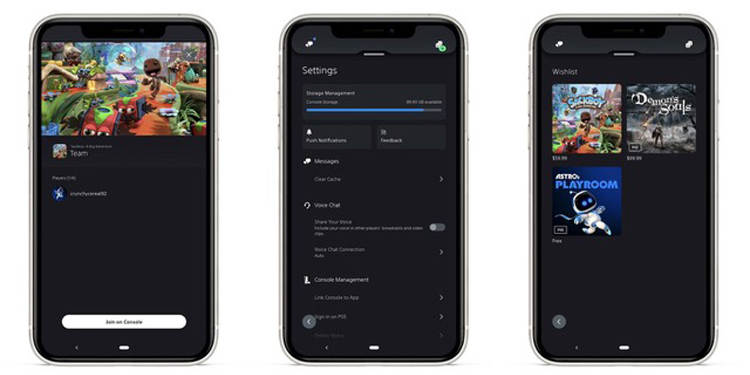 Want to win a PlayStation 5 for your very own? We’re giving one away!