PlayStation Now can only do so much.

The PlayStation 5 is quite the seller for Sony thus far, with millions of units out the door already and a heavy demand for more as 2021 goes along. But, somehow, the company doesn’t quite have the thunder that Xbox has at the moment.
We’re talking about Microsoft’s Game Pass program, which has grown exponentially over the past few years into a must-have gaming service. For $15 a month, players get access to over a hundred on-demand games, which they can play in full to their heart’s content. And this month brings some of the biggest additions to date between Square Enix’s Outriders and Sony’s own MLB the Show 21, through a deal with the league.
And that got us thinking – why doesn’t Sony have some sort of Game Pass program of its own?
Granted, it has PlayStation Now, which goes for $10 a month and offers a bevy of classic PS2, PS3 and PS4 games, along with an Essentials collection of games for PS5. But it’s pale in comparison to Game Pass when it comes to more current stuff, or, at the very least, convenience when attached to a monthly service.

PlayStation Now Seems Like An Afterthought
Now, just to be clear, PlayStation Now is based on a pretty cool idea. Cloud streamed games that don’t get in the way of system storage – aside from downloading PS4 games, mind you – seems like a neat idea. And it’s worked pretty well, despite the fact that the service just hasn’t had the membership numbers that Xbox Game Pass has. 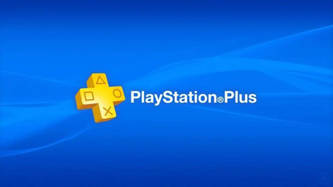 Part of the problem is the fact that it’s separate from PlayStation Plus. Granted, Essentials is part of that service, which is cool, but having Plus and Now separated just seems like a bother. I mean, having to pay for online service and then having to pay for cloud streaming classics and a variety of PS4 games? Sony just needs to combine these two together and call it a day, or Now will become pretty much forgotten in the face of the Game Pass service, which is a steal at $15 a month.
Not to mention that Sony needs to get competitive when it comes to the games offered on its service. Yes, the PS3 games are nice, and we get to experience long lost classics like the Sly Cooper games and even Bethesda’s Wet, which is sorely missing from Xbox Game Pass for some odd reason. But if it really wants to expand this service, it’ll throw in a few more current games sooner than a few months out. WWE Battlegrounds did just join the service, but that came out last year, and most people, aside from wrestling fans, have moved on from it. Granted, PlayStation Plus is killing it with its offered games, as this week will bring the new
Oddworld game, Soulstorm, along with Days Gone and Zombie Army 4. But Sony needs to find balance to make PlayStation Now just as “cool,” instead of just throwing random games out that came out months before. And combining Now and Plus may just be the move they need to execute in order to win over more subscribers. It may cost more money, but eventually, it’ll bring more subscribers – and that counts in the long run.

What Else Can It Offer?
Along with combining its efforts, Sony should really go all out and maybe expand its streaming library. PS1 might be a little difficult to come by with its digital quality and all, though Sony had no problem trying out emulation with it when it came to its PlayStation plug-and-play system that came out a while ago. So…maybe? Let’s just hope it backs away from that 60hz debacle
that knocked Tekken 3 for a loop. 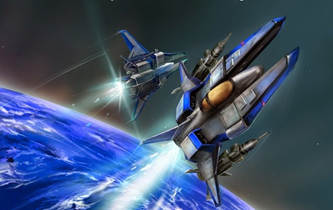 For that matter, why should its PS2 classics on PS3 go away? Just reintroduce them to a new audience through Now, as well as with general purchase. We’re talking Konami games like Contra: Shattered Soldier and Gradius V, both of which are very hard to come by physically.
Reintroducing these to the service – and for separate purchase – would bring in a lot of fans.
For that matter, there are a ton of Rockstar classics to revisit; and it wouldn’t hurt to get Sega and Bandai Namco on board with some of their favorites. What I wouldn’t give to have Klonoa 2: Lunatea’s Veil back in my digital library.
Sony has already lost a lot of fans over its controversial decision to shut down the PS3, Vita and PSP shops over the summer. But with this move, it can preserve a lot of these classics for fans to enjoy. And hell, they could bring Vita games as well, considering how hardcore a following the PlayStation TV has. All they have to do is put forward an effort of some kind, and it could make Plus/Now’s combination something that could easily take on Game Pass.
Your move, Sony. Wow us.
Want to win a PlayStation 5? We’re giving one away!