There are hundreds of improvements. HUNDREDS.

So you may recall how Cyberpunk 2077 came out late last year after countless delays and, well, just created a stir with its somewhat low performance levels, right? Since that time, CD Projekt Red has been working tirelessly on a new patch, one that would bring a vast number of improvements to the game. Well, good news, it’s finally here.
The company has confirmed that the 1.2 patch for the troubled futuristic game has officially gone live on both PC and consoles, with a patch for the Stadia version arriving sometime later this week. While we won’t list them all here (there are literally hundreds), CD Projekt Red did post a rather huge blog detailing what’s changing with the patch. 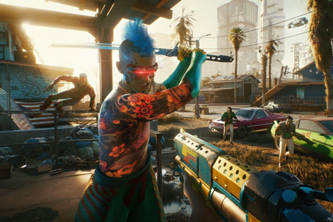 The patch is meant to help the performance of the game on lower-end PC’s and previous generation consoles, which have been running the game at a near-standstill since its launch late last year. This includes making police more fair to run into (instead of just teleporting them) and making vehicles much, much easier to handle.
The patch was originally set to launch back in February, but a nasty ransomware attack by hackers left them helpless to work on the game. Fortunately, they managed to finish the work, and now the patch is available.
More than likely, we’ll see continued work on Cyberpunk 2077 as it prepares to get free and paid DLC in the months ahead. CD Projekt Red hasn’t detailed what’s coming just yet, but we should know more fairly soon. And hopefully, we’ll see it return to the PlayStation Store soon enough.