Could the PS5 welcome backward compatibility?

The PlayStation 5 is a technical marvel that deserves to be in everyone’s game collection, though at the moment that might be easier said than done. However, one notable feature that a lot of players miss with it is backward compatibility. It does work with a majority of PlayStation 4 games, but not older platforms. 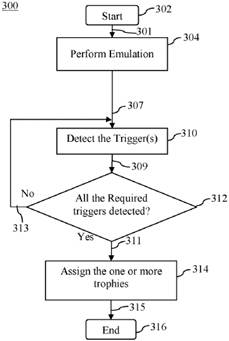 That might change soon, though. A recent patent was discovered by Resetera, filed during the end of November and indicating that Sony might be looking at a way to add its trademark Trophies to older games.
Essentially, Trophies would unlock in these games with the help of “a client device,” detecting whether certain goals are met within these games. And they’re not with newer titles, as the patent says specifically they’re for “previously released or sold video games.”
While older game consoles weren’t mentioned, Sony might be looking at compatibility with older systems for the PS5 to make it a better “all around” console, as it were, so people could enjoy their titles however they see fit. They previously noted that it wasn’t really possible, but based on updates, it might just be changing its tune.
We noted earlier in the week that Sony was considering shutting down older game stores on retired game systems, including PS Vita and PlayStation 3. With this story, that would make a little more sense, as Sony could be opening up server space to allow for downloads of prior games, or at the very least updates that would make them work with the PS5 and its Trophy system. That is just speculation at the moment, but it would be cool to see, especially for those that have a robust classic game library with PlayStation titles.
We’ll see what happens in the months ahead with this, if anything at all. But Sony could be pulling off something cool with this. Stay tuned!
Want to win a PlayStation 5? We’re giving one away!