PS3 and PS Vita could be out of business soon.

When a system has run its course on the game market – usually just a few years or so – thecompany manages to drop it slowly but surely, as support shifts over to another console. Nintendo’s done it in the past with systems like the Wii and Wii U, shutting down some online services and purchasing tools. And now, it looks like Sony could be doing the same for some of its older PlayStation systems.
The Gamer recently filed a report indicating that Sony could close down the legacy consoles’ online PlayStation Stores as soon as July of this year. The dates given show both PlayStation 3 and PlayStation Portable going offline by July 2nd, while the PlayStation Vita store could follow on August 27th. 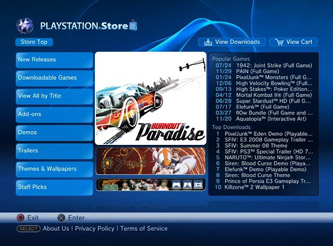 Now, Sony hasn’t confirmed anything just yet, but considering the stores don’t see too many new titles added as of late (if any at all), it wouldn’t be a surprise if they took those stores offline to give the PlayStation 5 more viable online services.
Keep in mind that even if the stores do go offline, there’s a good chance that the “download history” feature would remain intact. That way, gamers can still download any games that they may have bought over the years, just in case they’re feeling nostalgic. However, there would be no option to purchase new games if the stores are taken offline, so you may want to look into those must-buys now before it’s too late.
While it would be the end of an era for each of these systems, it just makes sense in terms of “retiring” a system and some of its features to preserve online goods for newer, more popular systems. Sony is expected to make an announcement sometime later this month, so we’ll see what happens.
Do you think Sony should shut down the online servers for its shops on older systems? Let us know!
Want to win a PlayStation 5? We’re giving one away!