Looking Back At The PlayStation 3D Display

Back in its heyday with the PlayStation 3, Sony was looking for more ways to innovate in the gaming world. It tried its hand with the PlayStation TV, which was a neat idea but lacked in
support of games and apps; and then there was the PlayStation Vita, which was a huge hit with a cult audience, but didn’t get enough money from general consumers.
And then…there’s the PlayStation 3D Display. Released in 2011 when 3D TV’s were still a thing, this 24” monitor sold for around $499 and came with a number of great features, including stereoscopic 3D, a pair of included 3D glasses, a copy of the hit game Motorstorm Apocalypse, and even a built-in subwoofer to get the most out of audio from both movies and games.
The display kind of reminded us of what Samsung’s GXTV tried to do in the early 90s – create a television that was crafted more as a general gaming experience, though you could obviously use it for more. And to some, it definitely was an innovation, particularly with its beautiful visuals and, again, that crisp sound from the subwoofer. 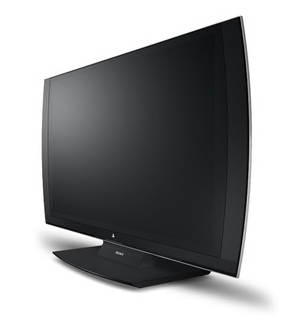 So what happened? Why did it fail? Well, there are some factors to consider.
The first is the price. Considering that most bigger TV’s from those days go for less than $500, it just proved to be way too expensive for some. And this is coming from a gaming audience that’s used to paying top dollar for hardware and software. Imagine having to plunk down money for the 3D display, and then still having enough cash to buy something else. Not likely an option for some, even in the easier 2011 days.
But there’s also size. While the video and audio quality on the PlayStation 3D display were really something, there was something shrunken down about it all. Had the TV been just a bit bigger, like around 40” or so, even at a higher price, it would’ve been something better overall.
At 24”, it proved to be too small for some. That’s not to say it didn’t have its usefulness, it just fit with a particular crowd and, again, not the general consumers that Sony was looking for with the product.
Eventually, it did away with the model and focused more on its gaming hardware, especially considering that not many of its games outside of the PS3 supported 3D anyway. And 3D was on its way out, save for some 3D Blu-Rays that continue to sell pretty well overseas (from Disney, surprise). But, like the GXTV before it, the PlayStation 3D display continues to be a hit with collectors, and some even have them set up in their den. And yes, they’re still working pretty well, since it’s a durable little monitor.
Think Sony may try it again one day? Don’t hold your breath, as it’s too busy making all the PlayStation 5 systems it can to fit the demand. But, hey, you never know – it could pair up with a company that makes the perfect TV to go along with their new console.
For now, though, remember the good ol’ days when a small 3D monitor was more than enough to get things done. And, hey, Motorstorm did look damn good on it.