Talk about your unlikely heroes. When the world becomes overrun by dangerous mutated creatures, a talented group of Psychokinetic power-wielding characters must come together and fight back to save it.
That’s the general basis for Scarlet Nexus, a supernatural adventure from Bandai Namco that has its fair share of over-the-top combat and anime-inspired design. And thanks to a new trailer that made its premiere this morning, we know exactly when we’ll be able to hop into this universe.
But first, let’s break down what makes the game so special, and why the game will be worth the purchase one summer rolls around.

Share And Share Alike
Each of the characters in Scarlet Nexus have great abilities that help them take on enemies with a special kind of flow, thanks to specially colored scarlet tubes that show just what kind of powers they have. But there’s also a neat ability that comes into play once you team up with other members of the OSF, or the Other Suppression Force. 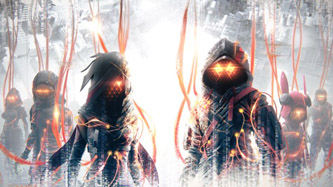 Once you’re close by other characters within the team, you can actually integrate your powers with theirs and really open up on your combat abilities. This is especially helpful when it comes
to overpowering enemy forces, as well as boss encounters that require you to stay a little more on your toes.
Granted, if these folks are so superpowered, then why would they need the help of others?
Well, that mixes up Scarlet Nexus’ combat rather nicely, and keeps the game interesting as you see just what they might be capable of. Plus, the way their telekinesis forms into actual attacks is fascinating, to say the least, and really lends to the overall anime-style motif that the game possesses. Hack and slash fans – or those looking for some slick action – should not be disappointed with what’s to come here.

Don’t Call It Steampunk
Scarlet Nexus has an overwhelming style going for it, but some might easily confuse it for a steampunk-style anime adventure. Instead, the game’s art director suggested a different term a little while back – “brainpunk.”
By that, he means how certain abilities tie in more with the brain than the body, allowing for a thinking person’s approach to combat. It’s a neat idea, and based on the sequences included in
the game thus far, it could make for a real treat once the full package unfolds. 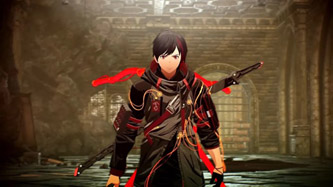 Thus far, the game has a distinctive art style that really works for it. True, sometimes it looks a little too chaotic for its own good. But for the most part, it nails down the anime style almost perfectly, and each character looks terrific, adding something new to the table. On top of that, the voiceovers sound excellent thus far, as Bandai Namco has really nailed down the casting for each character. We haven’t heard too much from the enemy’s side just yet, but hopefully we’ll learn more about what makes these monsters tick – and why they’re so much on the destructive side.

Go Scarlet This Summer
We’ll have to wait a little bit longer for Scarlet Nexus to work its magic on us, as it’s not set to hit PlayStation 4, Xbox One and PC (as well as PlayStation 5 and Xbox Series S/X, respectively) on June 25th. But based on the work that Bandai Namco is putting into it, it looks like we’re in for a real treat – especially if you’re an anime fan that’s been looking for a thrilling new combat game.