Holy cow, Microsoft is loading the deck on its Xbox Game Pass program.
This month alone will see Star Wars: Squadrons and Pillars of Eternity II: Deadfire Ultimate Edition, along with a few other titles. And don’t forget that Outriders is coming on April 1st as well. But now, there’s another surprise coming our way – Octopath Traveler!
A game that made its debut on Nintendo Switch a while back before heading to PC via Steam, the adventure will make its debut on March 25th on the Game Pass service. And it will be playable across the board on PC, Xbox One, Xbox Series S and Xbox Series X. There’s no word on available enhancements, though. 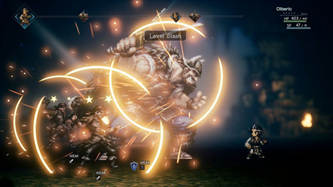 Here’s the game’s official description, for those that missed out on it:
“Eight travelers. Eight adventures. Eight roles to play. Embark on an epic journey across the vast and wondrous world of Orsterra and discover the captivating stories of each of the eight travelers. Use each character’s distinctive abilities in and out of battle and make decisions to shape your path.”
No word yet on pricing, but it’s nice to know you can try it on Xbox Game Pass first to see if it’s
your speed.
Don’t have Xbox Game Pass yet? It’s easy to subscribe. Follow this link for more information.