When Ninja Gaiden debuted on the NES back in the mid-80s, little did Tecmo realize what kind of long-lasting legacy the series would have. It was followed by two NES sequels, along with a rare SNES trilogy sequel and a number of visceral follow-ups for Xbox, PlayStation 3, Wii U and other platforms.
Now that legacy will come full circle with the three most current games in the series with Ninja Gaiden: Master Collection, which will debut on Xbox One, Xbox Series X, PlayStation 4, PlayStation 5, Nintendo Switch and PC on June 10th. At that time, players will be able to step into the shoes of master ninja Ryu Hayabusa, taking on human and demonic enemies alike all for the sake of saving the world.
What can players expect from this journey? We’re glad you asked.

Three Ninja Gaiden Adventures
The three games included in the Master Collection are as follows:
Ninja Gaiden– Originally released in 2004 for Xbox, Ninja Gaiden has sustained the title of one of the toughest games ever made. But then it got even tougher with the following release of Ninja Gaiden Black, as well as Ninja Gaiden Sigma for PlayStation 3. Ninja Gaiden II – Just as much of a handful as the original, Ninja Gaiden II introduces new weapons and challenges as Ryu once again has to clean house against a number of adversaries. 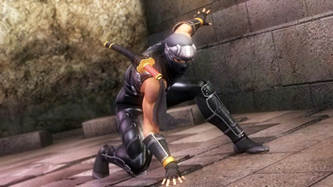 It’s easier said than done, but this game is definitely one for the hardcore fans. It later came out for PS3 under the name Ninja Gaiden Sigma 2.
Ninja Gaiden 3 – Releasing in 2011, this game continued the journey of Hayabusa as he takes on a new enemy that infects his arm with a crippling demonic force. The game was later re- released for Wii U and other platforms as Ninja Gaiden 3: Razor’s Edge, which will be the version included in the Collection. It’ll feature a number of new characters, including some favorites from the Dead or Alive series.

Extras Galore
For those of you expecting a technical smorgasbord of goodness on next-gen consoles, we’ve got some good news. The Master Collection looks to run at 4K on the PS5 and Xbox Series X, at a blistering 60+ frames per second. That’s right, it could be even faster than the original games, which should be a lot of fun for veterans. The Switch version will run at a lesser speed and resolution, obviously, but you’ll be able to take it with you, wherever you go. So there’s that.
On top of that, all the downloadable content for the games will be included, along with small tweaks to the controls for those of you that need a little help. You should also have “Hero” modes available, so you don’t have to destroy yourself to beat the games. 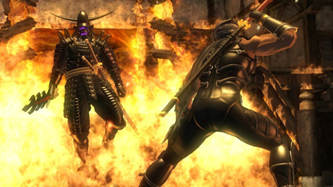 Finally, expect all the bonus costumes to be included, so you can dress up Ryu and his friends with the various costumes available. And don’t forget the large array of weapons available.

Get Your Ninja On
For those of you that have conquered these games before, the Master Collection gives you an opportunity to revisit this terrain – and better than ever. And for those of you that have never experienced them before, well, there’s no better time than now, so feel free to jump in once June rolls around.
Check out the trailer below, and prepare to showcase like a ninja!