Get ready for more beat-em-up goodness.

by Classic Steve
in News, Previews

See, there are two ways that a sequel to a classic beat-em-up franchise can go. It can either go the direction of Streets of Rage 4…or it can end up like TMNT: Turtles In Time Re-Shelled. But whatever the case, the publishers of the former, Dotemu, are now taking a crack at the half-shelled heroes. 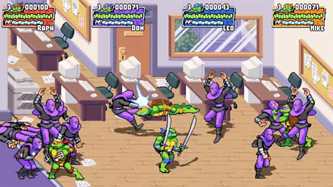 Today, Dotemu and the developers at Tribute Games (Mercenary Heroes) announced that they’re working with Nickelodeon on a new Teenage Mutant Ninja Turtles beat-em-up. Called
Shredder’s Revenge, the game is inspired by the classic 1989 Konami arcade game, with up to four players teaming up to take on the Foot Clan, as well as powerful bosses like Bebop, Rocksteady and, of course, the Shredder.
This “classically informed side scrolling beat-em-up directly inspired by classic TMNT games” features a very distinctive art style, one that channels the games of old. And if that’s not enough, Mike Patton of Faith No More fame provided his spin on the classic theme song. Couple that with the 80s style animation and, well, you’re in for a shell of a time.
Here’s the official story, straight from the developers:
“With Bebop and Rocksteady amassing gizmos to support Krang and Shredder’s latest scheme, Teenage Mutant Ninja Turtles: Shredder’s Revenge finds the turtles battling through a breathless tour of iconic TMNT locations to thwart their nemeses’ most diabolical plan yet. Armed with shell-shocking new abilities built on a foundation of classic brawling mechanics, the gang are in for an exhilarating, Foot Clan-stomping romp leading them through the sewers and bustling boroughs of New York City all the way to Dimension X.” 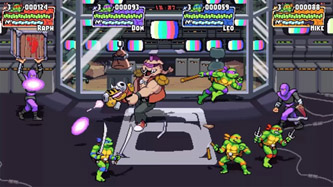 Considering how well Dotemu did on the Streets of Rage franchise, they should do wonders with Shredder’s Revenge. However, at the moment, it doesn’t have a release date, and no specific consoles have been announced. But don’t be surprised if it hits all the major platforms, including Xbox Series X, PlayStation 5, Nintendo Switch and PC.
We’ll keep you informed when more details are available. But, indeed, this one looks like a game worth shelling out cash for.