How Can Splatoon 3 Evolve?

We’ve got an inkling of an idea.

During Nintendo’s Direct special last month, the company had a surprise sequel up its sleeve – Splatoon 3! Following the sales success of the second Splatoon after its release nearly four years ago, Nintendo is now working to excel the formula for the game’s arrival sometime next year.
With that, we’ve got a few ideas of what the company can do in terms of expanding the experience to something greater. We already know that it’ll have some new classes, along with customization options and bigger maps (along with returning ones!), but what else can they do to make this the best – and messiest – Splatoon to date for Nintendo Switch?
Let’s take a look at some of the general ideas we have.

Make Multiplayer Much More Expansive
Multiplayer played a terrific part in Splatoon 2, but the experience came up short when it came to certain things. So we’ve drawn out a small road map of what can be added.
First off, voice chat. And we don’t mean doing it through a mobile app. Epic Games already showed that voice chat can work wonders on the Switch done the right way, as it’s proven with their great port of Fortnite. Nintendo needs to adapt this solution and make it worth smoothly. 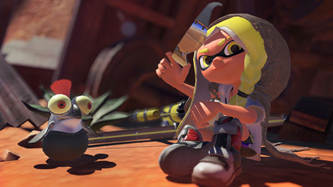 On top of that, we also need to see variations of modes cycle in and out. We’re talking a few rule changes, along with use of specialty weapons and conditions. This would keep things really interesting.
But while we’re at it – how about matchmaking? Playing Splatoon with friends is really the best thing, but there’s no way to set up custom matches. At least, not yet. With Splatoon 3, Nintendo has a huge opportunity to apply matchmaking. Not only would it work for players that want to invite their friends into specific matches, but the company could also apply it to its eSports initiative, with ranked and unranked leagues. It would certainly make its online community bigger – and more welcome, to say the least.

Single Player Needs To Take Off
Splatoon 2 had pretty good single player modes to go into, though the stories did come up a little shorter than usual. With Splatoon 3, the company needs to dig in and give us the epic storyline that we deserve, lasting for several hours and giving us even more boss encounters to take in. Not to mention certain platforming challenges and more enemies to shoot at. Splatoon 2 had a lot of this, and, man, with bigger worlds, we could get even more.
For that matter, let’s also expand the lore of Splatoon 3 and its characters, not to mention offering more cosmetic items to decorate with, and maybe even some crossover items. Look how well Mario Kart 8 Deluxe went adding Link and the Squid kids from Splatoon to the roster. Splatoon 3 could make this an all-star affair with Mario and the gang, who are more than ready to get messy. (Just a novel idea, we think – we’re happy with more Squid Kid types and maybe special items.) 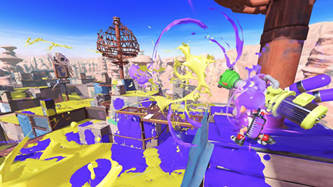 There’s a lot that can draw in players that are getting into the game for the first time. For that matter, maybe introduce detailed tutorials or challenge missions that could give them something to, ahem, shoot for. Not to mention improving their skills for when they hop online with multiplayer. It’s a win-win.

A Mixture Of Maps
Finally, while it’d be great to see Splatoon 3 bring back classic maps – with improvements to expand upon their size and structure – we also need some new territory to conquer, especially when it comes to taking on Salmon Run again.
The trailer kind of teased bigger levels to come, which is good news. And there was a job listing a little while back suggesting Nintendo is ready to optimize classic levels into the game to some extent. So it sounds like that’s the route it’s taking. But we could use a wonderful mix of old and new, giving us more room to run around and make a mess.
For that matter, how about a map creator? Obviously it’d take a little time to put it into play, but character creations would be really awesome, and give players all sorts of new places to try things out. It worked for Super Mario Maker 2, so why couldn’t it work here?! Splatoon 3 releases sometime in 2022 for Nintendo Switch.