Even in the midst of COVID-19, there’s a lot of good games making the rounds right now, like Persona 5 Strikers and the just-released Ghosts ‘n Goblins Resurrection. But there also appears to be a lot of drama surrounding particular titles. Cyberpunk 2077 continues to see development woes weeks after its release, and now the highly anticipated Paradox Interactive release Vampire: The Masquerade Bloodlines 2 has its fair share of problems, resulting in its shuffling from a 2021 release.
So what happened? Let’s break down the details one at a time.

Hardsuit Labs No Longer Developing
In a tweet that went out on the company’s official account, Paradox confirmed the removal of long-time developer Hardsuit Labs from the project. While the game is “still in development,” they’re no longer the leads on it. As a result, the game will no longer arrive in 2021, and pre- order campaigns have been cancelled.
“This game is very important to us and it has been an ambitious project from the very start,” the publisher explained. “In order to meet our goals for it, we’ve come to the conclusion that a change is needed and, as a result, more development time is required.”
It’s a jarring change, considering how long Hardsuit has worked on the project. And what’s more, a specific reason wasn’t given, merely a thanks for the team’s “efforts” and “hard work.”
But upon digging deeper, this isn’t the first time Paradox has fiddled with its work.

Trouble After The Initial Delay
Shortly after its announcement, Paradox Interactive announced that the long-awaited sequel to the vampiric RPG saga would be initially delayed, based on “launch timing and other organizational changes.” 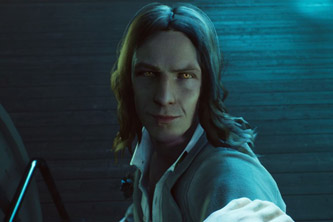 But following that, trouble began to brew. The game’s lead narrative designer, Brian Mitsoda, and creative director, Ka’ai Cluney, were inexplicably fired from the project. Mitsoda explained that this “came as a shock” as he had “never been led to believe that [he] hadn’t succeeded” with the work he’s done.
The company did note that “this was a joint decision made by the leadership of Hardsuit Labs and Paradox Interactive,” but, again, without explanation. Both members expressed heavy disappointment at the time, having worked on the game for over five years.
Just a couple of months later, in October, senior narrative designer Cara Ellison also left the project, and, again, without any explanation.
This latest move indicates that perhaps the publisher wasn’t happy with the progress the developer was making on the project without these three, but now the real question is…what’s next?

A New Developer Will Likely Step In, But Will It Be The Same?
Now comes the real question. What developer could likely step into the project and take over for it, while still carrying on the work that Hardsuit Labs had put into it over the past half- decade? That’s not to say they can’t be replaced, as we’ve seen developers step in before and handle work like this. But it’s a very big question of “if.”
Not to mention the potential standard that Paradox will hold the game to. What if this new developer doesn’t work out and disappoints on the same level that Hardsuit Labs did? What if they can’t find a lead narrative designer that can’t carry on the work that Mitsoda did? It’s really a question of knowing what the publisher wants from the project – and, more importantly, if they can get it.
As far as when the game will come out, it’s anyone’s guess. 2022 seems likely, depending on what progress is made over the next few weeks, but it could extend further beyond that if the publisher can’t find the right team right away. This is something that needs to be handled delicately and with compassion – and far more than what the departed team members and, now, development squad were given.
Hopefully we’ll get answers soon enough and see if Vampire’s sequel can come to fruition the right way. If not, the drama may overshadow the excitement for it, and that’s the last thing anyone wants. Just ask CD Projekt Red.