Arriving on PlayStation 4 and Switch this April.

While the original Xbox may not have been as successful as, say, the PlayStation 2, it had its fair share of radical games. Among them was the LucasArts classic Star Wars: Republic Commando, an action-packed first-person shooter that blended some great strategic elements to boot.
Well, good news – it’s coming back. 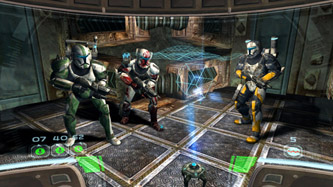 Aspyr Media, who previously released such Star Wars classics as Jedi Academy and Episode 1 Racer for current-gen consoles, recently announced that it will debut Republic Commando on new platforms. The game will debut on PlayStation 4/5 and Nintendo Switch starting on April 6th. And what’s more, it won’t cost you an arm and a leg, as it’s currently set for a $14.99 price.
The game won’t be quite complete, as it’ll be missing the multiplayer components from the original. However, Aspyr is making up for it by including some fun new control options, particularly with the Switch.
“Since its original launch in 2005, Republic Commando continues to be a fan-favorite Star Wars game. We’re honored to be able to work with Lucasfilm Games to bring back this beloved moment in franchise history,” Ted Staloch, Aspyr’s co-founder, said in a statement. 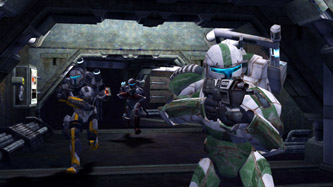 Now, we know what you Xbox owners are thinking. “We don’t get a version?” Actually, you can play it now, as the original Xbox game is available as a backward compatible title for Xbox One and Xbox Series X. What’s more, it’s enhanced, so it kind of provides a preview of what’s to come.
Check out the trailer below and prepare to attack this April!