Celebrate with Dan and all new characters!

That’s right, Street Fighter V is celebrating its fifth anniversary. It’s hard to believe that we’ve had the game for so long, with it getting off to a rough start but eventually coming into its own with new modes, characters and more.
But Capcom isn’t celebrating the event quietly. It’s already announced that it has some big plans for it, including a new Season Pass that introduces some new faces – with the first one arriving today. 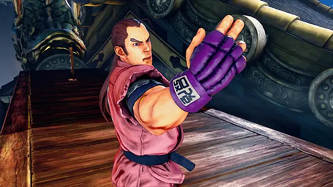 That character is none other than Dan Hikibi, the somewhat comical but still effective combatant who originally debuted in Street Fighter Alpha. He comes packing quite a punch, as he attempts to avenge his father after he ends up attacked by Sagat. He has a number of great moves, similar to that of SNK King of Fighters characters, and can dominate with his “Master of Saikyo” techniques.
He’s available for 100,000 Fight Money, or, if you prefer real cash, you can pay $6 to unlock him. There’s also Premium Pass options for $24.99 or $39.99 that include him and the other combatants to come, including Oro and more.
The anniversary will also include a special update with free goodies, including battle balancing for all the characters, as well as a new training stage called “The Grid Alternative.” Following that, new characters will debut each season, with Rose up next in spring, followed by Oro in summer, Akira later on, and a final unannounced character to come in the fall. There will also be new stages and costumes as well.
Here’s the breakdown of what comes in the season passes:

Street Fighter V is available now for PC and PlayStation 4. Check out Dan in action below!

Want to play Street Fighter V on a fresh PlayStation 5? You can win one here!