Kaplan and his team are putting in work.

Ever since its introduction over a year and a half ago (!), Overwatch 2 has made phenomenal progress. Game director Jeff Kaplan and his team have been hard at work on the game, which will feature more of a focus on single player with some PvP intertwined for good measure.
While it’s still a ways off from release (we’re hearing 2022 at the earliest), a new in-depth video, featured below, shows us what’s in store.

But if you need some fresh details on what sets this apart from the typical sequel, don’t worry – we have those, too!

The Narrative Experience
The original Overwatch was all about that sweet multiplayer, and challenging others in team- based fashion to rank up and earn some sick skins. But Overwatch 2 will expand the playing field, allowing a story to come into play.
As you might have seen with its initial introduction, Overwatch 2 will focus on a narrative, talking about what happens after “Zero Hour.” This includes all new cinematics, as well as story missions and a dialogue system that helps you grow your character with each new mission. 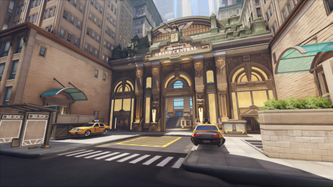 But there will also be Hero Missions that play out as well. You’ll be able to utilize co-op PvE with these, working together to rank up and unlock new abilities for your character (with whatever choices you make), pushing further upon the story and personality of your team. There will also be additional objectives, so you can play through more than one and take on new challenges.
Oh, and multiplayer will be back as well, and will work perfectly with the original game, so players won’t miss out too much on that action.

New Maps, And New Roles!
As expected, Overwatch 2 will have some new terrain to cover in the form of additional maps.
Although only a handful were shown in the video, they look impressive.
One takes place in Rome, with its classy atmosphere and its beautiful surroundings, including the Coliseum. For good measure, there’s also a nouveau take on New York City, complete with all sorts of mini-shops and streets, prime for some action.
But PvP will also undergo some huge changes, including traditional roles shifting in a different way, depending on the abilities you choose. Passives and tanks will work a little bit differently, while still being effective; and the combat as a whole will be much more focused than ever, making the players feel every shot they take as they attempt to go for the victory.

But with the new roles come some new looks, as Overwatch 2 will come with an abundance of new skins for characters, as well as bump-ups in traditional design. McCree looks more high- tech than ever before; and Reaper has a steel silver mask that makes him look more intimidating. Then there’s Widowmaker, who’s got a sexier bodysuit that makes her more agile in combat. It’s really something what kind of changes these characters are going through visually.

More To Come
We’ve only hit the tip of the iceberg with Overwatch 2, as Blizzard has already promised more updates to come in the months ahead. During that time, we’ll likely see more characters in action, as well as more mode reveals and, fingers crossed, news on a beta sometime before the game’s release. We’ll see.
For now, it’s more than a traditional sequel, as it’s fleshing out the world in ways we couldn’t have expected. And hey, the story will give single players a reason to jump in, though co-op is always an option as well.
We’ll see how the adventure unfolds when Overwatch 2 drops sometime in 2022 for consoles and PC!