Another plug-and-play system, with a catch.

It seems everyone out there is trying to release a plug-and-play game system that lets fans play whatever favorites they want, wherever they want, without the need for additional hardware or cartridges. Neat idea, but that doesn’t mean it always works like a charm.
Case in point – Capcom’s newly announced Capcom Retro Station. Ready to release in Japan sometime this year, the unit, made by Gantaku, will come with an 8-inch screen, a six-button control set-up, and an HDMI output, so you can enjoy your favorites either in portable mode or on the big screen. 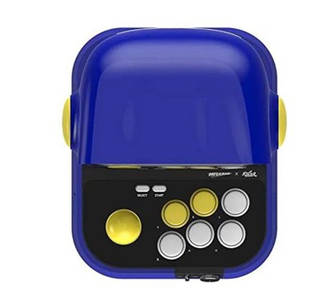 It’s set to sell for $200. However, unlike other systems that are on the market, this one will be very short-handed when it comes to games. It’ll feature the following titles:

That’s right. For $200, you’ll basically be paying $20 per game. And they’re either from one of two franchises – Mega Man and Street Fighter. Not that they aren’t great games, mind you, but we expected a little more diversity, like with the company’s forthcoming Capcom Arcade Stadium for Nintendo Switch.
There’s no word on a U.S. release, which means if you’re interested in getting this cute little thing, you’ll have to import it. But the real question is if you’d want to. If you went all out picking up the company’s dual-joystick arcade system that came out a while back, then…maybe.
Want to win a PlayStation 5? We’re giving one away!