Valentine’s Day is just around the corner. And whether you have your dream lover in your life or you’re going solo, Call of Duty: Black Ops Cold War has just the event for you.
Recently detailed in a weekly briefing on the Call of Duty webpage, Activision confirmed a new update that will debut a mode for players to try out. 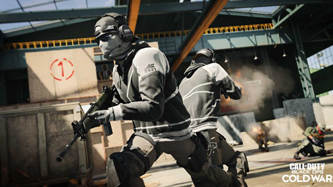 From February 11 through 18, you’ll be able to try out the “Kiss Confirmed” variation mode.
With this, you’ll be able to collect candy hearts in the Kill Confirmed mode, in place of the usual dog tags. Yes, you can literally steal the hearts of your enemies as you go along in battle – and no, you won’t actually have to kiss anyone. (Unless you want to, of course.)
In addition, The Lead: League Play is kicking off starting today. If you’re a skilled Call of Duty player, this is the mode for you, as you’ll be able to run through League modes and even take part in official Call of Duty League classes, ranking up as you go through Events and making your way to the Master Division.
As if those weren’t enough reason to play, you’ll also be able to take advantage of Double Weapon XP! Starting at 10AM PDT on February 12 and running through February 15, you’ll be able to rank up with your weapons. You can also get Battle Pass tiers on sale, going down from 150 CP to 100 CP during that timeframe. 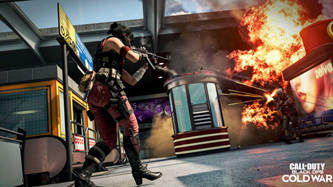 And don’t forget the 40-player endurance mode is still happening, as you can drop in with your squad and do damage against others!
Check out the trailer below and enjoy Call of Duty: Black Ops Cold War right now on PC, Xbox One/Xbox Series X and PlayStation 4/5!

Want to play Call of Duty on your own PlayStation 5? We’re giving one away here!