MLB The Show 21: What To Expect

Usually, when Sony works on one of its franchises, it tends to keep it close to its chest on the PlayStation front so that more users will flock to its camp. However, in the case of MLB The Show, there are some big changes coming.
Sony’s annual baseball franchise looks ready to make its return in March, just in time for the forthcoming MLB season. That said, there will be one significant change this time around – it’s going multiplatform. Along with its arrival on PlayStation 5 and PlayStation 4, the game will also make its debut on Xbox One/Xbox Series X.
Over on the ANerdyDad Instagram page, some box art for the game has apparently been leaked, featuring Fernando Tatis Jr. of the San Diego Padres on the cover. And as you can see, there are two box arts included – PlayStation 5 and Xbox One. It shows that the game is being produced by Sony San Diego, and released through the PlayStation Studios brand. Again, on an Xbox. 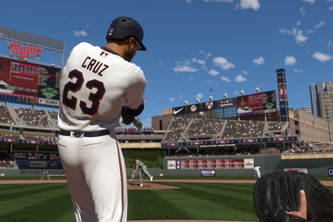 Now, this obviously isn’t a major blockbuster franchise like, say, God of War. But it does show that Sony is willing to work outside the box a little bit to attract an audience. After all, Microsoft hasn’t had a major baseball game in years, save for the RBI Baseball series and the recently released Super Mega Baseball 3, which works with fictional teams.
So what’s in store for the game upon its arrival? Well, we won’t officially know until April 20, 2021. However, we can venture a guess, based on features that were included on MLB The Show 20.

Online Competition, Anyone?
The MLB The Show games have been pretty reliant on online features over the past few years, including competitive multiplayer, updated rosters and more. MLB The Show 21 should be no exception, offering a slew of online leagues to partake in, as well as quick competition and maybe even its classic baseball mode, which resembles the old-school 16-bit style version of the sport. 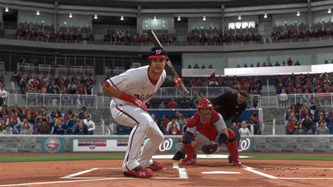 What’s really important here is Crossplay IS confimed. Though Sony isn’t usually on-board with the feature, it has been working more to make its games compatible with other platforms. So it’d be a real shocker if it didn’t bring the Crossplay feature to MLB The Show 21, enabling Xbox fans to take on PlayStation owners to see who fares the best.
Again, it’s not confirmed, but don’t be surprised if Sony San Diego adds it and makes it a major feature to the game.

Franchise, Road To The Show And More
Along with great traditional gameplay and online options, Sony’s MLB The Show 21 should also have lots of single player content to choose from. This includes the return of Franchise mode, in which you can guide your MLB team of choice to glory; as well as Road To the Show, a trademark mode in which you guide a player from the minor leagues through a Hall of Fame- caliber career.
These modes should make their return, with a bevy of new options and maybe even the ability to, again, challenge other players when it comes to making the best team stand out. We’re eager to see what’s in store.

Next-Gen Visuals?
Considering that both the PlayStation 5 and Xbox Series X are console powerhouses, it shouldn’t be a surprise that Sony San Diego will make MLB The Show 21 the best-looking entry
yet. We’re talking 60 frames per second visuals – or maybe even higher! – as well as gorgeous fields, superb player animation, dynamic camera angles, a strong TV style presentation, and those sweet-looking replays. Not to mention play-by-play calling, live updates with other games happening around the league, and the ability to nail one out of the park, watching it sail over the post.
Of course, until these features are actually announced, we’ll have to wait and see what’s coming to both versions of the game. But they are coming, and this March and April should be quite the busy one for baseball fans. The only question is where you’ll end up playing ball. Guess we’ll find out in a few short weeks!

Need a PlayStation 5 to play MLB The Show 21 one? We’ve got you covered with our giveaway!