A few months ago, Electronic Arts confirmed the return of the Skate franchise, with a new chapter of the skateboarding series in full development. Well, today, it confirmed the news even further, with the announcement of a new Vancouver-based development studio. 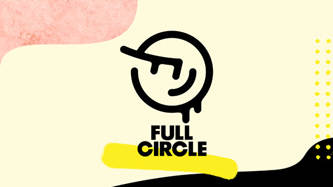 Welcome…To Full Circle!
A place where “we make fun…funner,” the studio will take on the development of the yet untitled Skate adventure, which should no doubt take advantage of next-gen hardware the best way they know how. Daniel McCulloch, former head of Xbox Live at Microsoft, is the lead at the studio, and he’s got backing from Skate creators Deran Chung and Cuz Parry, serving as creative leads.
McCulloch said about the studio formation, “The fans wished Skate back into existence and we want them to feel involved in the process from development to game launch and beyond. We want them to feel like they are a part of Full Circle. We’re all about having fun and making great games that people want to play with their friends. And, we’re looking for more developers to help us build compelling worlds for players to explore.”
Skate’s return couldn’t come at a better time, considering how well Tony Hawk’s Pro Skater 1 + 2 Remastered sold since its release back in fall 2020.
That said, it will be a while before Skate 4 arrives. The game is still very early in development, and the studio is even hiring in key positions for its creation. But it’s nice to see EA is very serious about its creation, and we’ll be shredding soon enough.
In the meantime, you can check out Skate 3 now on Xbox Series X, since it’s backward compatible!

Want to win a PlayStation 5 to play Skate on? Here’s your chance!