We recently reviewed Hitman 3, the third and final chapter in the World of Assassination series – and it wrapped things up beautifully, with a sprawling playground filled with killer opportunities.
But let’s say you’re not the most experienced player out there. What happens if you get stuck?
Well, not to worry, as we have some general tips that will help you get the most out of your assassination job. It’s still up to you to bring the skills to the table, but we assure you that these will help you have more of a, ahem, killer time.

Get A Hang Of The Save System
Hitman 3 utilizes a save system that allows for multiple saves. You’ll want to take advantage of this. The reason is that you can save your progress in many stages. That way, if you want to revisit a place where you think you can perform an assassination better, you don’t have to start the game over way at the beginning. What’s more, the reload of each stage works quickly, so should you screw up, you can erase over the mistake very quickly. 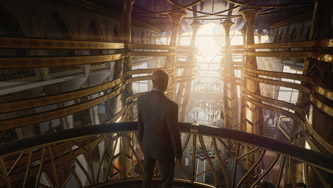 Don’t be afraid to use all the save slots if you need to. They might help you in taking care of a crucial mistake or, again, having to replay through a part of a game that you don’t necessarily feel like revisiting. And you can always overwrite these saves, just in case you find something better.

Making Mistakes Is…Human
With Agent 47’s debonair and style, it may be easy to accept the logic that he’s not allowed to make mistakes. But you know what? He’s human. Just like the rest of us. A skilled human with a crapton of weapons, yeah, but still human.
That said, if you do mess up, utilize the save system and revisit the level again. Feel free to take the time to look around and, more importantly, study your target and their behaviors. By doing this, you can make up for the error of your ways and find a better way to bump them off.
What’s more, you might learn something that you can use later on with missions in the game.
Practice makes perfect, it’s a thing.

Trust Your Instincts
The Instinct Vision is quite simply the best tool to utilize within Hitman 3. With it turned on, you’re able to see the location of certain guards and targets, as well as enforcers that just might be on to you. But in addition to that, you can also seek out smaller items that can come in handy over the course of missions, including keys and rat poison. Sometimes they can make the greatest of differences, depending on how they’re utilized. Don’t be afraid to turn on this feature when you can. It’s not cheating, it’s necessity.

Don’t Leave A Hefty Body Count Unless You Don’t Have A Choice
The thing about being a hitman and making mistakes is that, well, sometimes people will see them. But that doesn’t necessarily mean you have to leave a blood trail. In fact, that’s probably the last thing you should do. 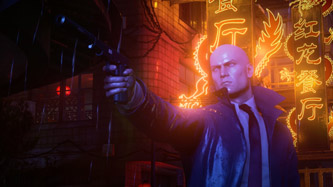 The reason is simple – the more bodies you stack up, the more suspicious the heavily armed enforcers and guards become, and the more difficult your job becomes. Don’t get impatient with a game like this. Look around your terrain. Knock out people and consider hiding them somewhere to doze it off, rather than taking them out. Focus your weapons on what matter the most – killing the targets you’re after. Don’t create more chaos than you have to. After all, you are a professional.
For that matter, don’t forget distractions. Coins and other objects within the environment are key for getting through certain areas. Rely on them, and don’t subdue unless, again, you absolutely feel it necessary.

The Levels Are Huge, So Explore
With Agent 47, some of you may be a little tired of having to study everything and just want to go for the kill. I mean, you can, but there’s something rewarding about exploring the environment.
That’s because IO Interactive has gone all out with their open-world design. It’s literally a ton of opportunities, be it setting up the perfect accident or even a hotspot where you might be able to ambush your target. You might even find some secondary missions or people that you may find fascinating. This isn’t a “quickie” sort of game, you’ll want to indulge what the developers have set up here. It’s really quite masterful.

Don’t Forget To Import Your Progress!
One neat feature with Hitman 3 is the ability to import your progress from Hitman: The Complete First Season and Hitman 2. By uploading this progress, the levels become unlocked in Hitman 3 and give you even more to do, adding significantly to the replay value.
What’s more, you’ll also unlock some of the gear you used in previous games, like the lockpick.
These will come in handy in an otherwise challenging position of not having them. It pays to be an experienced player here.

Want to win a PlayStation 5 to play Hitman 3 on? Here’s your chance!