Who’d have thought that we’d have so much fun with Agent 47 over the years? IO Interactive has been responsible for giving us some of the best Hitman games out there. But with this third chapter in the current trilogy, it seems like his tale may finally be coming to a close, as the developers move on to a more suitable James Bond license for its next go-around. Who knows if we’ll see Agent 47 again. But, in the meantime, this is one hell of a send-off.
For the third go-around, our favorite killer takes on targets across six key locations, including Dubai, Argentina and even China, where you’ll have to knock off members of the Providence crew – a team that’s just as experienced as you are. But that adds a sense of debonair and challenge to the game, making Hitman III one of the strongest yet. Not only that, but it seems perfectly suited for a debut on next-gen hardware, since it shines on Xbox Series X.

Lock And Load
The name of the game in Hitman is all about executing the perfect target and getting away with it. Fortunately, these titles are so open-ended, there are a number of ways to complete the mission. Sure, you can walk right up and shoot them and maybe go for a quick way out, but the more stylish players out there can dig into the environment and look for more creative solutions, while also discovering secondary missions that can really open up the level of play. 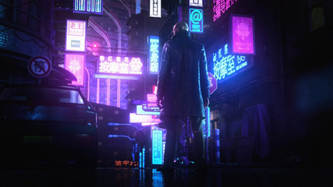 Hitman III may not be the greatest written game out there, but the narrative flows just as smoothly as the first two games; and it sets up the opportunity to really get your stylish kills on.
Heck, sometimes even the greatest jobs are completed when you’re not there, when you crash something down on someone (like a chandelier) and realize just how well you’ve done with taking them out. Of course, weapons can also play a good part as well.
What’s more, you unlock additional gear as you go on, which you can use at your disposal. And once you complete on run-through, things open up so you can go for a better one, should you feel the need to knock out a key target once more. It really gives the game a heaping amount of replay value. That is, if you’re down for the stealth play.
That’s the biggest drawback with Hitman III. It does have action elements, but this is all about style over substance, getting that kill in just right without just walking up and pinging a target. That may throw off those impatient players that just want to get to the run and gun. Hitman isn’t built that way. But accept the fact that you’re one of the world’s greatest hitmen (if not the greatest), and you’ll get it. This game just feels right, though it won’t hold back on the challenge as you play.

A Lot To Unlock, And Look At
Hitman III has a nifty ability of porting over content from the first two games, depending if you own them or not. Being able to integrate them into the third chapter is something else, as you can unlock new challenges and replay them as well, adding even more significant replay value to the proceedings. The more you’re a fan of the series, the more that truly opens up for you – and we’re down with that. 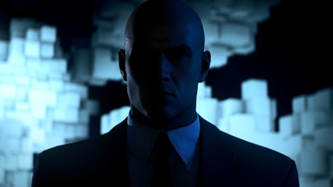 Not to mention the absolute polish that IO Interactive has put into this third chapter. It looks better than ever on Xbox Series X, at a beautiful 60 frames per second and with some amazing lighting and reflection detail. This is the new Hitman engine at its best, and even the smallest animations can pay off in a huge way. The only negative with the appearance is that sometimes it can stutter, mainly due to the required online connection for the game. Not the end of the world, but just a warning to those that may want to play offline.
Rounding out the package is some awesome integrated audio, with moving special effects, a killer (ahem) score and great voicework, delivering the package as expected from the devs. Get a headset for this one, as it’ll make a world of difference while you hear things within this dangerous game world.

Mission Accomplished
Hitman III isn’t a game for everyone, as it’ll likely tick off impatient players that just want to shoot and run like wild. But those that don’t mind taking the patient route will be unbelievably rewarded in spades, with open world environments that stun at every turn, killer opportunities at your fingertips, and a ton of replay value if you own the previous games. Not to mention it looks stupendous on Xbox Series X, as well as PlayStation 5. (Older system owners can have a good time with it too, but with a visual downgrade.)
It’s a fond send-off for one of gaming’s greatest assassins, and I do hope we see him down the road soon. After all, killing is Agent 47’s business – and it’s still booming.

Want your very own PlayStation 5 to enjoy Hitman III? Here’s your chance to win! 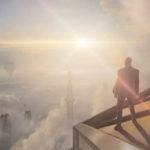