by Todd Mowatt The Gamebutler
in News

Thomas “ZooMaa” Paparatto suffered a devastating thumb injury that has caused him to retire from competitive Call of Duty gaming.
The 25-year-old recently announced his injury on his Twitter account.
“It breaks my heart to step away from a game I put my heart and soul into every single day for eight years,” he wrote. “Tearing up just writing this, but I don’t know what else to do at this point.”
The New York Subliner’s will miss ZooMaa. He has earned $387,019 in 87 tournaments according to Esports earnings. His biggest payday came in April 2018, when he won $53,125 in a Call of Duty: World War II competition. 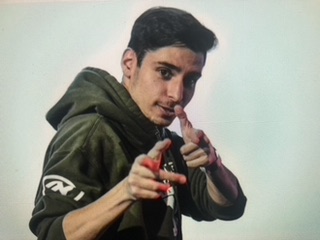 This isn’t the first time he has had issues with his thumb. While playing with FaZe Clan a few years ago he had to have surgery.
With this latest injury he has said that playing through the pain in his wrist in hand isn’t doable anymore and that he doesn’t enjoy playing when he can’t be the player that everyone knows and has been accustomed to watch win!
Professional gamers’ take their craft seriously and often practice for 7 to 10 hours per day.
Some earn over $1 million per year competing. Just like any professional athlete, the physical strain on the body and the mind can result in health issues.