But you can try it now on PlayStation 5.

This week’s Resident Evil Village event lived up to the hype, with some startling news that will have fans more than ready for the next chapter in Capcom’s excellent horror series. 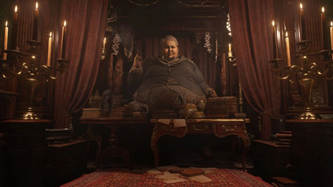 The publisher confirmed today that the game will arrive on May 7, 2021 for PlayStation 5 and Xbox Series X, as well as PC, Xbox One and PlayStation 4. In addition, the game will feature full upgrade support for next-gen platforms, including Smart Delivery for Xbox Series X.
The trailer below gives you a good idea of what to expect in gameplay, as you make your way through a fiendish castle, where the general focus of Village takes place. You also get a glimpse at some of the characters that you’ll come across, including a rather illustrious vampire that takes a little too much pride in herself.

But for those of you that want to give the game a try, you can actually play a new demo on PS5 right now. Called “Maiden,” it provides a taste of what’s to come with the game. Another demo will follow sometime later this spring, and will be available for all platforms. 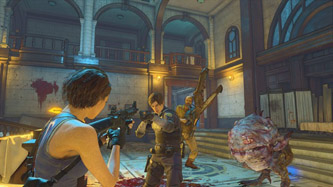 What can players expect from the demo? It’ll allow fans to take a look around the castle, while at the same time learning about a new story and solving a few puzzles.
Oh, and multiplayer will totally return with Village, with a separate game called Re:Verse. The trailer for that is below, and gives you a good glimpse at familiar characters battling against one another in deathmatch battles. Each character has a special skillset up their sleeve, along with the ability to come back and take on challenges even after you’ve perished. It’ll release alongside Village in May.

Will you jump into the new Resident Evil Village when it comes out? Want a PlayStation 5 to play it on? We’ve got you covered!