These artists have a fairly good idea.

For the longest time, we’ve heard rumors about a new Nintendo Switch system that would take advantage of 4K support for televisions, along with a sleek new design for handheld play and, as expected, more power to run games. Nintendo hasn’t officially said anything about the system just yet, but these rumors are starting to pick up steam – and now one company has gone ahead and drawn out what the system could look like. 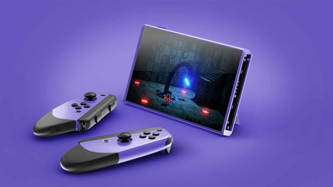 A team called Computer Bild has put together a series of concept pictures, showcasing what Nintendo might have in mind for the Switch Pro (or rather, Switch XL) design. Now, keep in mind this is not final; and the new design could be entirely different, depending on Nintendo’s approach.
Still, we can dare to dream, right?

A Bigger Screen, And Interesting JoyCon Revamps
Let’s talk about the system itself. Based on the render screens from Computer Bild, the new Switch Pro (XL) screen could be 20 percent bigger than the current Switch screen. However, it’s still set for portable play, as you can stand it up with a kickstand or even keep the JoyCons plugged in to it while using a Pro Controller.
In addition, there are also four individual game cartridge ports. What this means is that you might be able to switch games on the fly, without having to reload them from your game library. While this may seem like a technical addition that some can do without, it’s a neat idea if you want to jump back into your favorites, leaving a space for The Legend of Zelda: Breath of the Wild or something like that.
As for the JoyCons, they would see some slight differences, according to the concept designs. 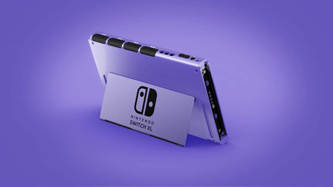 While the general design might stay the same with the buttons and joysticks (hopefully with drift fixed, fingers crossed), the design calls for better grips on the bottom, indicating they’d be easier to hold. Alas, it’s unknown if these would work with the original Switch, as they haven’t been announced yet. Fingers crossed tho.
Also, as you can see from the photo, the system would have an improved kickstand.
Instead of just one flimsy leg to hold up the screen, the lower half of the system could actually be wider, and easily foldable back into the system build when not in use. Hopefully this makes the cut as well.

4K Resolution Across The Board
Along with a larger screen, the Switch Pro would also feature 4K resolution in handheld mode – a first for a gaming handheld system such as this. By activating such a feature, games like Super Mario 3D World + Bowser’s Fury and The Legend of Zelda: Link’s Awakening would look better than ever. 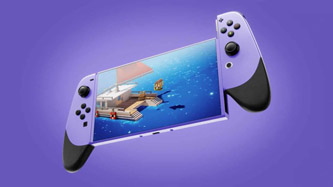 Not to mention 4K compatibility with hook-up to a television. It’s unknown if Nintendo would take advantage of such a feature, but considering this would be a Pro (XL) model that we’re
talking about – and the company has been known to eventually adapt to new technology – it would only make sense to take advantage of 4K display TV’s.
Now this does leave an interesting question. If Nintendo does make games that take advantage of the Switch Pro (XL), does that mean older Switch owners would get left out in the cold? Keep in mind that Nintendo pulled off such a practice with its 3DS systems, with games like Hyrule Warriors and Xenoblade Chronicles only working with newer models. 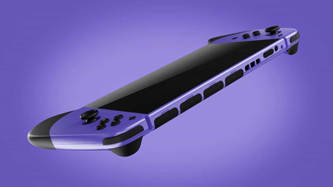 With its popularity, however, the Switch could be an exception to the rule. Plus, Nintendo could easily make games that take advantage of the original hardware models, while at the same time adding features that can only be experienced on the newer one. So that’s not too much to worry about, at least not yet.

So When’s It Happening?!
Again, Nintendo hasn’t officially said a word about what we can expect from the Switch Pro (XL). But with 2021 starting off with a bang – and the company having some plans for solid first- party releases over the course of the year – it’s likely just a matter of time before it introduces a new model. Keep an eye out for those surprise announcements!

Want to win a PlayStation 5 console instead? Hey, we’re giving one away!