The Division 2 developers are on board.

It looks like Lucasfilm Games’ recent resurgence has more going for it than we initially realized.
Hot on the heels of Bethesda announcing a new Indiana Jones game from the developers at Machine Games (the Wolfenstein series), Wired has confirmed this morning that Ubisoft is hard at work on a new open-world Star Wars game. The development team at Massive Entertainment, the creators of Tom Clancy’s The Division, are hard at work on the project. Yves Guillemot, CEO for Ubisoft, talked a little about the project, explaining it will be “an original Star Wars adventure that is different from anything that has been done before.” No word yet on what the game will be about, or whether it will include solely single-player elements or multiplayer, like The Division possesses. 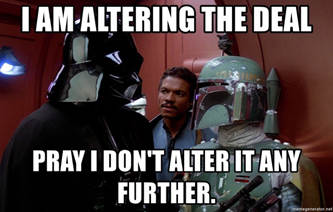 This marks a remarkable change from the Star Wars deal that has taken place exclusively with Electronic Arts over the years. Up until this point, that company was solely in charge of producing Star Wars games, including titles like Jedi Fallen Order, Squadrons and the Battlefront games. Alas, it looks like Lucasfilm Games has altered the deal, as Darth Vader kind of did in The Empire Strikes Back.
There’s no timetable for when the game will release. However, Massive will utilize its Snowdrop engine, as The Division 2 did. Julian Gerighty, the director of that game, is also on board to direct this new Star Wars adventure.
This marks the second huge announcement from Lucasfilm Games this week surrounding its franchises. And according to the Wired piece, that’s “just the beginning” in terms of projects that are coming. We’ll see what the company announces in the days ahead.
Want to win your own PlayStation 5? We’re giving one away!