Breathless of the wild.

While many Nintendo Switch owners really want a sequel to The Legend of Zelda: Breath of the Wild, there’s no question they’ll find enjoyment out of Hyrule Warriors: Age of Calamity. The sequel to Koei Tecmo’s surprise hit, which initially launched on Wii U and Nintendo 3DS before coming to Switch, pulls out all the stops when it comes to action, emulating the gorgeous world of Breath with the tactics and action we’ve come to expect from the Warriors brand.
That’s not to say everything goes its way to perfection, but there’s more than enough here to keep fans satisfied – and it all sets the stage for whenever the second Breath decides to make the rounds. 2022, perhaps? Or, hey, you never know.

A Bigger World – And More Enemies
While the “musou” combat remains about on par with what we’ve come to expect from the developers at Omega Force, Hyrule Warriors immensely opens up its scope. It features a much larger map than the original game, akin to what Breath has to offer. Not only that, but it also has a similar design with its environments and menu system, so you’ll instantly see some familiarity with it. 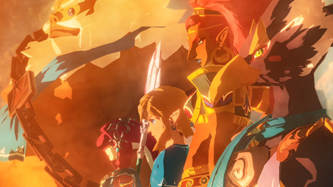 There’s also a story that has all sorts of Legend of Zelda references. In fact, it’s so well told, you’d probably think that Shigeru Miyamoto had a hand in telling Omega Force which direction they needed to go. You can easily see how it all unfolds via some beautiful cutscenes, which stem from the very world that you’re venturing into.
Now, there are times that the moments can get a little too epic, mainly involving large creatures and devastating attacks that can rattle the screen. It’s here that you can see the limitations of the Switch on full display, mainly with frame rate drops and occasional loss of detail. That’s not to say the game stops by any means, but you can tell when it has to work its way through the tougher spots.
But no matter. The combat that remains for all the playable characters (in which there are quite a few) is highly enjoyable; and the epic moments are more than worth it, especially as you crush dozens upon dozens of foes under your boot. This is definitely a game that lives up to the “bigger and better” mantra, especially considering how somewhat limited (though still awesome) the original game is.
Also, some of the special attacks, affixed to the right trigger button, are insanely good. Again, they slow things down a bit, but it’s still a wondrous thing to watch.

Mixing Things Up
Along with your general musou attacks that come into play throughout Age of Calamity, you’re also able to take advantage of special weapons that can change up your combat style. In addition, the gameplay mixes up wonderfully with the addition of sub-missions, which you can go for if you want to earn new goodies, including fun little recipes and even some awesome new combos. You can also unlock a Sheikah sensor bar that shows you where certain goods are, in case you feel like wandering off the beaten path to get new things. It breaks away nicely from the shackles of the first game, and provides benefits you never would’ve expected. 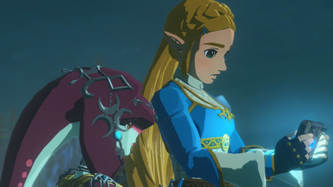 Navigating the menus is also much easier than the first game. Sure, it’s fashioned a bit after Breath of the Wild, but it’s relatively easy to get a look at where you need to go, or what assets you have at your disposal. Not to mention locating additional challenges, just in case you feel like beating up a few hundred more foolish enemies. And who wouldn’t at a time like this? Age of Calamity is loaded with replay value – and it isn’t limited to single player, either. You can tag along with a friend in co-op, through a split-screen feature. And while it’s incredibly limiting technically – the frame rate drops consistently as you clean house – it’s a great deal of fun, provided you can put up with all of it.

A Polished Presentation, Despite Frame Rate Drops
We discussed the problems with frame rate in this game, but we still wouldn’t trade it that much for what we got in return. Age of Calamity is a mostly great looking game, with everything from the Four Beasts to the gorgeous landscape shining through on your television.
That said, the visuals are slightly diminished playing in handheld mode, though you can still get a pretty good idea of what’s going on. 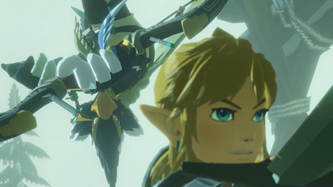 The menus are a breeze to navigate through, as we mentioned above; and the aesthetic as a whole is pretty sharp. It’s probably going to be a showcase title once the next iteration of the Switch gets introduced, whenever that is. For now, though, it’ll suffice.
As for audio, it’s fantastic. The voice acting (save for Link, who doesn’t say much at all) is outstanding; the music is pure Zelda love throughout, with a number of tracks to choose from; and the sound effects are vintage Zelda, right down to the victory yells. We wouldn’t trade the audio experience for anything – just make sure you get a good headset for it all if you can. (Or turn up your TV speakers.)

Dig In To The Calamity
Whether or not you enjoy Hyrule Warriors: Age of Calamity really depends on whether you can play another “musou” title. Sure, this is the biggest one yet, but you’re still repeating combos as you mow down enemies for the most part. If the repetition drove you nuts in the first game, you’re only getting a slight bit of relief here.
Still, what “musou” it is! Age of Calamity does a lot right, particularly with its combat scale, its engrossing visuals and its epic moments. Plus, its sound is through the roof, along with its replay value. Sure, it can have some serious technical issues, but there’s no question Koei Tecmo has its heart in the right place – and it beats ferociously throughout the game.
There you have it. Want some “musou”? Don’t miss this journey. Want a fix of Legend of Zelda outside of the games that already released? Add this to your library. You won’t be sorry taking in a bit of this Calamity.

Want to win a PlayStation 5 or Xbox Series X from us? Here’s your chance! 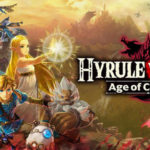